What was the last film you saw and how would you rate it? Pt. 18

Thought I'd post this here until I hear we're doing it somewhere else....

Bring me the Head of Alfred Garcia (1974) - 9/10. In all other movies, the woman would only be the decoration for the main crime story, tossed aside in the middle to make room for more action, but here it is different. The crime element serves the tragic love story. The movie also has some of the best acting of the year, and that's saying something especially for that year.
5 months ago

Oops, forgot that not everyone likes sardines that much.  :/  My apologies to anyone who became grossed out at that image.
5 months ago

The Lighthouse (2019), 9/10.William Dafoe and the cinematography are locks for the 2020 Oscar nominations.
5 months ago

Jojo Rabbit (2019), 10/10. Would love to see an Oscar nomination for Roman Griffin Davis and Taika Waititi.
5 months ago

Dolemite is my Name 9/10The film can be summed up as a blaxploitation version of Ed Wood and I mean that as a compliment. This is a cheerful film full of positive energy that shows that you can make the silliest, crassest, raunchiest and ethnic-centered movies but if you have fun doing so and if you do achieve something you or your friends judge big enough, well, that's enough. It also shows that some so-called 'silly' things do have an importance of their own in the bigger historical scope. I'm not familiar with Blaxploitation films, I know about Shaft and Foxy Brown, I love Car Wash and never heard about Rudy Ray Moore and Dolemite so I'm glad a film could educate me about the spirit beneath these movies. They obviously were a liberation from directors who couldn't be part of the system because society figured there was movies for White and movies for Black audiences... interestingly, the film doesn't contradict this idea and embraces its era by showing it was true. So much for PC!And Moore by deciding to make his own movies, no matter how silly it is, and full of Kung-fu moves, cartoonish gags and over-the-top violence, but great one-liners and smooth and groovy movies, makes a film that a whole audience relate to and enjoy because within its own silliness, it has a note of truth... and truth pays off and ultimately attract the big cinema owners who are White.  Blacks make fun of Whites and at the end, both  get the money, it's a win-win. Still, the film doesn't kid itself about who exploits who, but it says something crucial: as long as you keep expressing yourself in total honesty, there's no exploitation ... especially when you can make some good green with it. The film is served by a powerhouse performance by Eddie Murphy, that might get unnoticed if the talk is all about Leo in QT's love-letter to Hollywood, while Dolemite is less ambitious in its content, it's no less relevant and I'd love to know what QT thought about it. If anything, QT is a Rudy Ray Moore in the sense that he too makes the film he wants and gets all Hollywood at his feet.Which Rudy Ray "Dolemite" Moore did...Anyway, I'd be happy if it gets these Oscar nominationsBest Actor (Murphy)Best Supporting Actor (Wesley Snipes steals the show)Best Costume DesignBest Original (?) Screenplay
2019-11-01T15:16:20+00:00

I might watch this on Netflix when I get home tonight after seeing Motherless Brooklyn this afternoon.

(but maybe I watched a different Blaxploitation flick that was riffed by Rifftrax).Probably THE GUY FROM HARLEM!  :D 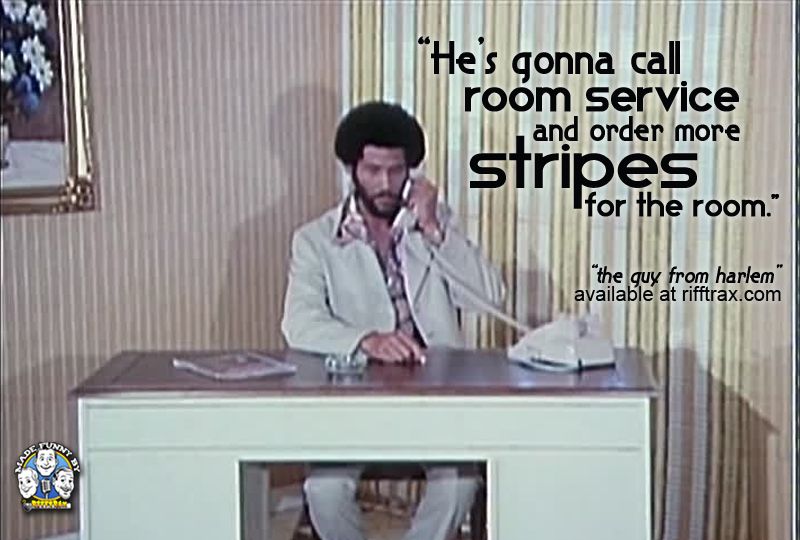 I meant groovy music by the way... typo in review
5 months ago

Austenland, 2013, 7/10.I've actually never read any of Jane Austen's books, and every film version of Pride and Prejudice I've seen bores me to tears, but I am fond of most other BBC period dramas, so the premise of this film did speak to me.It's quite a funny and interesting movie with a great cast, which surprisingly depicts some situations of life realistically, and anyone who's seen BBC films will recognize some of the locations from shows like Cranford and Sense and Sensibility.
5 months ago

First Man (2018) - 9/10, fantastic. This was better than at least half the Oscar nominees, it deserved much more. I'm sad I didn't saw it on a big screen when I had the chance.
5 months ago

Thursday night:Another point justifying a possible Razzie Redeemer award for the artist formerly known as Shia LaBeefcake AKA Shia LaBeouf.                      Honey Boy (2019), 8/10. He might even get a screenwriting nod for this one.
(Edited)
5 months ago

This afternoon:Marriage Story (2019), 10/10.Lead acting nominations are locks for Adam Driver and Scarlett Johansson. Score from Randy Newman, (apparently we share a birthday), shouldn't be overlooked either.Tonight:Dolemite Is My Name (2019), 9/10. Great possibility Eddie Murphy will grab a lead acting nom as well.
(Edited)
5 months ago

Parasite(2019) 9/10
I can't choose between this movie and The Lighthouse as my favorite movie of the year.
5 months ago

Centron/Coronet short film, Halloween Safety (1977) 1/10.The Wolfman (1966), an extremely edited 8 minute version of the 1941 classic Universal monster movie. WHY?! Who knew that there was a home movie market back then? 1/10. It Came from Outer Space (same deal but the shortened version doesn't have its own IMDb page). About the same language. Same rating though I won't inflict my rating on the original movie's rating. I do suspect the original movie was pretty damn bad. Though at least had the sense to make more sense ... given its full feature length run time allowed it to be a full story.Ditto for Bride of Frankenstein (1935). Rifftrax commentary by Bridget Jones Nelson and Mary Jo Pehl? 10/10.
5 months ago