What category do these images belong to

I didn't either till tonite. I remember watching Columbo as a kid with my Mom who loved it, but beyond a few tv guide covers don't remember ever paying attn to stuff like that for any show.

It's also possible Peter Falk might have had something to do with them as well. He was a prolific artist. I remember going on a cruise many years ago where they had a self-portrait of him displayed (figured unlike a towel they'd care if I took it). He was a great actor.  If you've never seen Murder by Death it is worth a laugh with great actors.
2019-08-18T07:38:31+00:00

Mike, I'd need further time to look, but they are probably stand alone TV Movie Title Posters. See my reply below. I Looked closer. They indeed are stand alones.
(Edited)
8 months ago

This is BADSome Idiot has grouped a bunch of stand alone TV Movies (ala Perry Mason) and made them into a season! Argh!https://www.imdb.com/title/tt1466074/episodes?ref_=tt_eps_yr_mr

Not sure I'll agree with the season #s, but in this case I do think they belong on the Columbo series and not as stand-alone movies.  I'll have to read imdb's guide on series, but as I recall these were intended to be a set of work and went it originally aired there were gaps because it was part of a mystery nite with some other titles.And just one more thing,; if these shouldn't, then neither should "McMillan" which was season 6 of McMillan & Wife absent Susan St James. I just looked and their grouped and it aired under a different name. At least all these were called Columbo.If this is the only guidance, I feel lost.https://help.imdb.com/article/contribution/titles/episode-guidelines/GDF7HR6CCCBKU3CP?ref_=helpms_he...#
(Edited)
2019-08-18T08:05:24+00:00

Mike My assessment is fact. I watched Columbo when it was new. It ended its run in 1978.Everything after was not part of the series. They were TV Movie events. They are all 2 Hours or 1hr 38min without commercials.Columbo was a rare show that ran 90 minutes.See this.

See the run time? Made for 90 minutes w/commercials

These are the TV Movie run times!!!!!

My five cents on that: internationally "Columbo" is viewed as a TV-series, more in vein with "Poirot" then Perry Mason TV movies. It's interesting, since usually a format of several TV movies about one character forming a series is also more often found in UK with Sharpe and Hornblower as prime examples.

I remember Columbo being separate TV movies on IMDb and I believe this example merits an exception for merger into series: it cluttered Peter Falk's filmography to a point of hardship and it was also really difficult to group all episodes in their air order. All of the TV movies also clearly have a title "Columbo" on them and there were formally announced seasons of the show, with an exception of original Prescription: Murder (1968), which rightfully remained as a separate title.
2019-08-19T00:28:05+00:00

What did I say doubting you? I only said that I thought they should stay together and reading the little guidance there is I don't see anything dispositive. As I put above I too watched them when they originally aired (up until 86). At least looking how it aired (reading wiki) it was a pretty solid block of work until about 94 which is then when it transitioned somewhat.If you read up on Falk and Columbo, you'll see that he didn't want a weekly show which is why in part it aired about once a month as part of NBC (I watched McCloud with my Dad as he was a Dennis Weaver fan) and then ABC picked it up.Unfortunately my brain only holds so much, so some stuff does leak. As for the length, McMillan and Wife also had 90 and 120 minute ep's (watched that too with my parents as my Dad liked the Rock and my Mom like Susan- you know the time when families watched tv together). So I'm not arguing, and all this started trying to figure out where some images fell. lol
(Edited)
2019-08-18T08:42:25+00:00

Was in summer camp! NO TV. I was deprived! Guess that's why I don't recall any until 1964
Thanks for the correction
(Edited)
7 months ago

Trivia:Was driving a taxi cab and almost hit Peter in the North End with my Checker Marathon!I slammed on the brakes and stopped just in time to here him shout out the Dustin Hoffman line, "I'm walkin here", with an "F" word added for good measure!

Also this mentions the official end of the series and the beginning of the stand alone movies.IE: Post Series

After the series ended, ABC kept Columbo in production and Falk starred in an additional fourteen films before the network discontinued the series in 2003.

can't find that, is it from wiki?But also note its inconsistent wording:  "After the series ended, ABC kept Columbo in production and Falk starred in an additional 14 films before the network discontinued the series in 2003."Terms mean a lot, and I guess time travel as well. So the series ended and then was discontinued again in 2003.  They also use the term "film" vs tv movie.I looked for what imdb had for guidance and found only what I posted above.As I said, I think until about 94 it was pretty consistent and this would include part of the time you're talking about.  I might agree on the post 94 because then there were few and sporadic, but is there more imdb guidance that I'm not seeing?
(Edited)
2019-08-18T09:00:45+00:00

If you look at the whole thing, this is a weird thing actually. Every Episode is in reality a TV Movie. I Agree with the episode format up until the re-boot of 89-91. After that they switched to two hours. same as the Perry Mason Series. Those are all listed separately. The Columbo's should be too.
(Edited)
2019-08-18T09:12:46+00:00

If you look at earlier seasons of Columbo you'll see that there were 16 two-hour ep's mixed in.  I remember this fairly well, but for that show block they had varied the length from 90 to 120 minutes although I don't recall the specifics (just recall it impacted taking our dog outside and there weren't dvrs). That's why McMillan&Wife had 2 hr eps as well (don't recall any 2hr McCloud's though). All Col's from 1989 to the end were 2 hours. But with 16 of the "original" ep's being 2 hrs kinda of makes it hard to use length alone as it would be misleading. (In Mason's case I think all its ep's were 1 hour then there were all 2 hour movies, but have to say I wasn't a perry fan.)Funny how life's data never securely fits into a database. But this does take me back. Remember when popcorn was popped on the stove-top vs the microwave, then we got the hot air thing. Memories.
(Edited)
2019-08-18T09:28:58+00:00

From that mystery page:"Although the Mystery Movie series was cancelled at the end of the 1976–1977 season, NBC kept Columbo in production and a seventh season consisting of five films premiered on November 21, 1977. After the fifth film aired in May 1978, NBC cancelled Columbo as well."

Again they say films, but they were a mix of 90&120 minutes shows that I think safely can be considered part of the original series seasons. 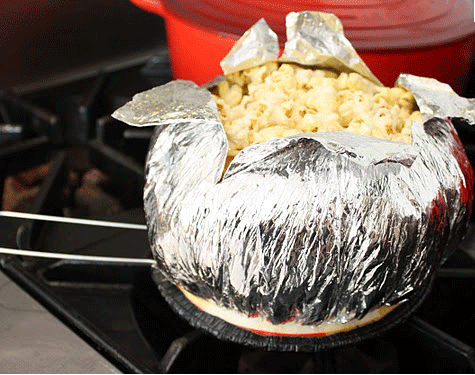