Suggestion: What Ever Happened to Wilson?

The last time that we saw the beloved soccer ball from Cast Away (2000), he was floating on the ocean, tragically separated from the adoring Chuck Noland (Tom Hanks). We all know where Chuck went from there, but what do you think happened to Wilson?List: https://www.imdb.com/list/ls099456155/Poll: TBDSuggestions welcomed. : )

Right now, I'm still trying to decide which images to use so that's why two of the options are repeated. That's temporary of course so ignore it if you can.
2 months ago 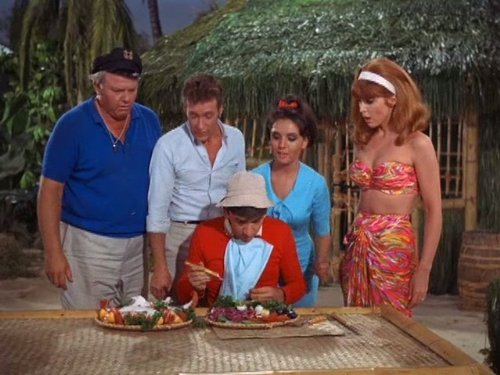 I used a different photo but added Gilligan's Island. Thank you!
2 months ago

FYCHe wound up on the beach. He wanted to meet Leonardo!The BeachHe sank to 20,000 leagues under the sea after he was deflated.20,000 Leagues Under the Sea He decided to find Nemo too.Finding Nemo Went searching for that bad Capt. Ahab guy.Moby DickHe has been underwater where he is running silent and deep.Run Silent Run Deep He has been lost in the abyss!The Abyss He went on a hunt for the Red October too. He is a big Sean Connery fan!The Hunt for Red October You pick the photos!
2020-05-04T01:01:12+00:00

who wade Wilson  from Deadpool
2 months ago

Howard joined in the last season or two - he was very funny!
In that episode he moved to an island somewhere.  That was a great episode!
"Ya wanna buy a ship in a bottle?"
2 months ago

Oh, I added both Boss' suggestion and Act_1's -- thanks to both of you!
2 months ago

? ?  He was on his way to visit ...  Robinson Crusoehttps://www.imdb.com/title/tt0117496/referencestranded  on an uncharted island. 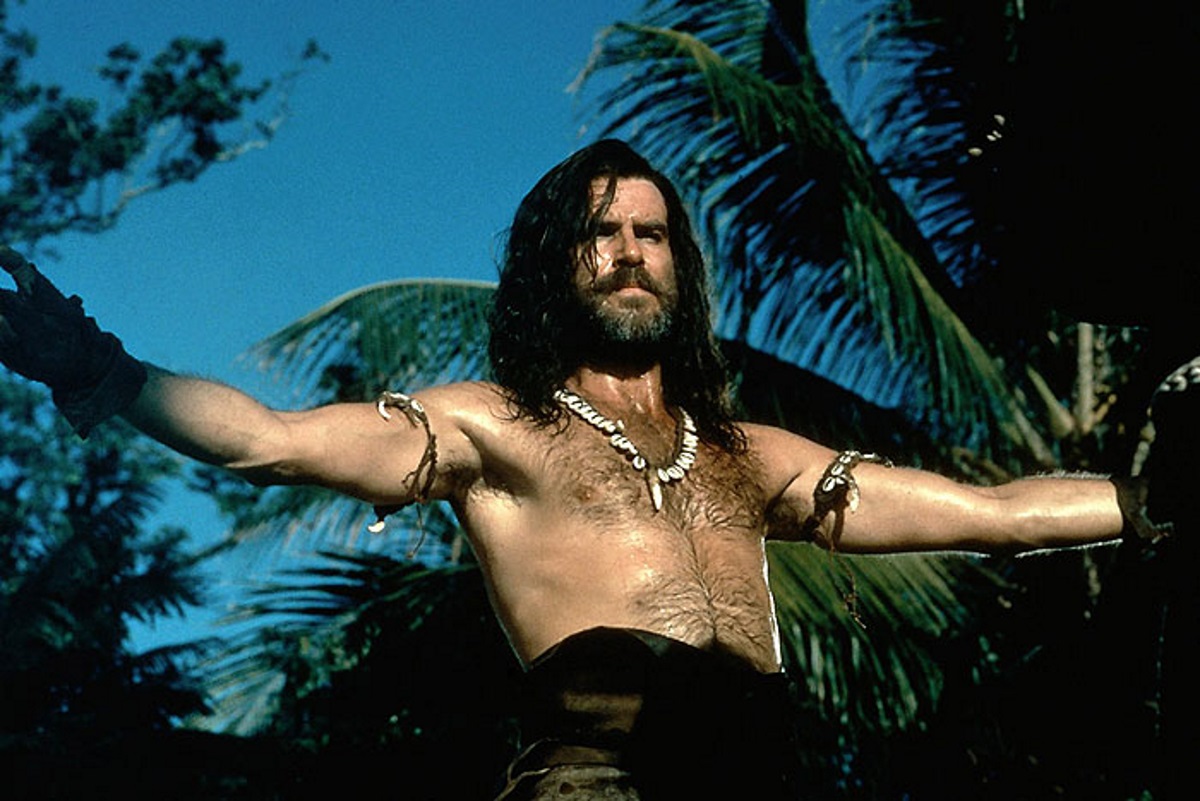 ? ?  He shudda learned something from that previous travel adventure  Joe Versus the Volcano  (1990) https://www.imdb.com/title/tt0099892/referenceTom Hanks as Joe Joe accepts an offer to throw himself in a volcano at a tropical island 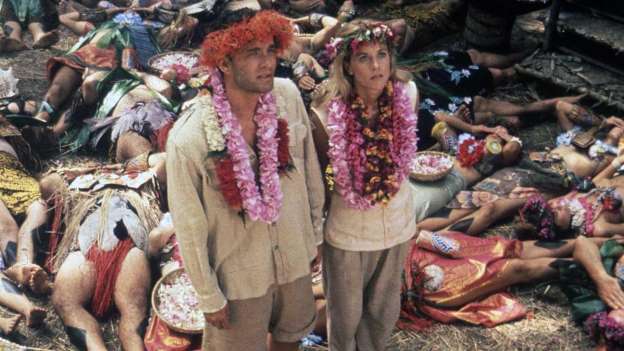 Thanks!I remember everything I see....ALMOST!
It will be a "What ever happened to Roy Neary" from Close Encounters of the Third Kind.Lost Encounters of Roy Neary or Roy Neary: Lost in Space
2 months ago

I was going to add this as a suggestion but since you had already posted your suggestion, I won’t since it would have been redundant. But I’ll post it as a comment to yours. Warning: it gets more than a little risqué.
He went to the French open and met a nice little tennis ball named Fifi*. He got bouncy with her and they ended up with whole packaged gross of little balls.

*Sorry, but the name was influenced by Snoopy’s writing a WW1 book section in “The Peanuts Movie”.
Besides, when it comes to romantic love (or l' amour or amore) which 2 nations do you think of first? France and Italy!
2 months ago

My first answer would be the realistic
- he sank
And then the fantasy answers of
- he sank and was saved from drowning by Ariel the little mermaid.
- he was saved by a mermaid and brought to the beach to meet Frankie, Dee Dee (Annette Funicello) and Eric Von Ripper in “Beach, Blanket, Bingo” and those other beach movies.
View previous…
2020-05-04T13:39:19+00:00

'Added the Ariel suggestion, which is such a good one. Thank you much!
2 months ago

They tried to “cancel” him but they cannot. I agree he was a racist that brought segregation to the U.S. federal government. Before him, segregation was at the individual state level with the Jim Crow laws. But he was also the president of this nation during World War 1 and got this nation through that war. And he was the president who pushed for the League of Nations which inspired the United Nations. It was partisan politics infighting that prevented the USA from entering the league.
Peter, I don’t want to go more political than I already have. This is not the forum for it. But there is something more going on in this “Cancel” movement than racism and the confederacy because statues and monuments that had nothing to do with slavery ( aka replicas of the Statue of Liberty and monuments to firefighters and such) are being torn down or defaced. In fact, statues and monuments who fought against slavery (abolitionists And Abraham Lincoln) and union soldiers and generals (Grant) who fought
against the confederacy are being torn down too. This about erasing culture, and national identity, as well as history. This being a film board, there is a movie that expresses that idea about when artwork and achievements is destroyed or stolen, so is culture and national identity is too. Monuments Men (2014).
2020-07-07T21:01:07+00:00

More like the president who got the nation into a war it didn't need to be in and had no interest being in despite his promise to stay out of it--the basis of his re-election.  And, then, only to get into another war a few years later due to the political weakness and punitive recklessness of him and others.  There were reasons the other party won one of the biggest landslides in American presidential history after the war.  Wilson's inflated reputation is a result of looking to promote predecessors to FDR and an active presidency regardless the benefit of the actual actions.

Wilson with a football agent? Sacrilege!
Show me the Door Honey!
He know what happens if you have a football sports agent!
He would likely have the misfortune of being traded to the New England Revolution and suffer the same fate as footballs in New England. Deflation!

We all know Wilson is now a water lover. He really wants to be with the Colorado Rapids. After the home games he can jump in the Platte River after the game. It's only a couple of blocks away from the Pepsi Center. Plus Wilson when he is at an away game can be inflated to normal pressure. When he goes home he will be extra pumped up! Pressure differential at altitude!
2020-05-13T04:05:32+00:00

That does! Thanks!
2 months ago

He passed through a time vortex and ended up on the Galapagos Islands, where he was discovered by Paul Bettany's character (from Master and Commander), and subsequently categorized as a new species.
2020-05-13T04:06:43+00:00

I have not been to the Galapagos, but I spent several months in Ecuador some years ago. I do not remember the details of all my "interactions" with natives or other species, but a couple of the ladies in the photo posted by Ed seem a little familiar, but my memory of most interactions are really fuzzy.
2 months ago

If people can remember this old computer game and television show that taught geography, Wilson was kidnapped by Carmen Sandiego. So find him by determining “Where in the World is Carmen Sandiego?” https://www.imdb.com/title/tt0106172/...
Begin your search, junior detectives, by first stopping her henchmen. Start your search in what city, shown in The Caper of The Golden Bulls, that runs with the bulls in the festival of San Fermin, where thief Syndly Whipflash is trying to steal a suit of light?
Or
Snake Oiler, from “Speed Racer”, is trying to steel the mother road, Route 66, in what New Mexican town that is one of several towns, that inspired Radiator Springs in Cars?
View previous…
2020-05-06T03:04:41+00:00

I'm definitely going to finish it. I know it's taken me a long time but I've just been busy and distracted and this one seems to take more time than most suggestions. Thanks for all of your help. I think your initial post about Carmen Sandiego is really funny and I like the idea of the poll but when I click on the link, I get an error page. Is it maybe set to private?
2 months ago

Thank you for the feedback! Unless I get a lot of other comments that differ, I'll go ahead and take your advice. : )
2 months ago No. Sorry. Wilson did not have a "Hand" in taking that photo!
2 months ago

Oh and I chose a different picture because the picture you left is a really good one but I thought it might be too dark to show up clearly in poll format.
(Edited)
2 months ago

Three more with a sea theme of which two are based on novels by classic authors that were adapted into Oscar winning movies.

- Wilson floated around into the Atlantic fishing banks where he was caught in the fishing nets of the We’re Here and spent the rest of his days happily fishing in Rudyard Kipling’s Captains Courageous (1937).


- He was picked up by the sealer “Ghost”, and was pressed into seal hunting by the brutal captain Wolf Larsen in Jack London’s The Sea Wolf (1941)

I just added the Moana suggestion and I'm sure I'll add the pirate suggestion in some form. I'll consider the others after I get a bit further. Thanks again. : )
2 months ago

These made me laugh before I even necessarily knew yet what they were referring to, lol. I added the Lilo & Stitch suggestion and may add one or both of the others after I see how much space I have. Thank you so much!
2 months ago

I'm sorry I haven't gotten to everyone's suggestions yet but I will soon and I'm very much looking forward to it. (I've just been very busy lately.) Thank you, so very much, for all of the responses! <3
(Edited)
2 months ago

These work more like “Caption This!”. The images work in concert with the caption.

“May the Schwartz be with you. Enough said. Wilson is the one on the right.”

“Wilson had a makeover and joined the rebel force.”

If only the IMDb had this picture! But it doesn’t because I took is in the store! I would have used this on it

“Wilson became a Pokeball !?! Noooo! And look! He is hanging with his friends!”
(Edited)
2 months ago 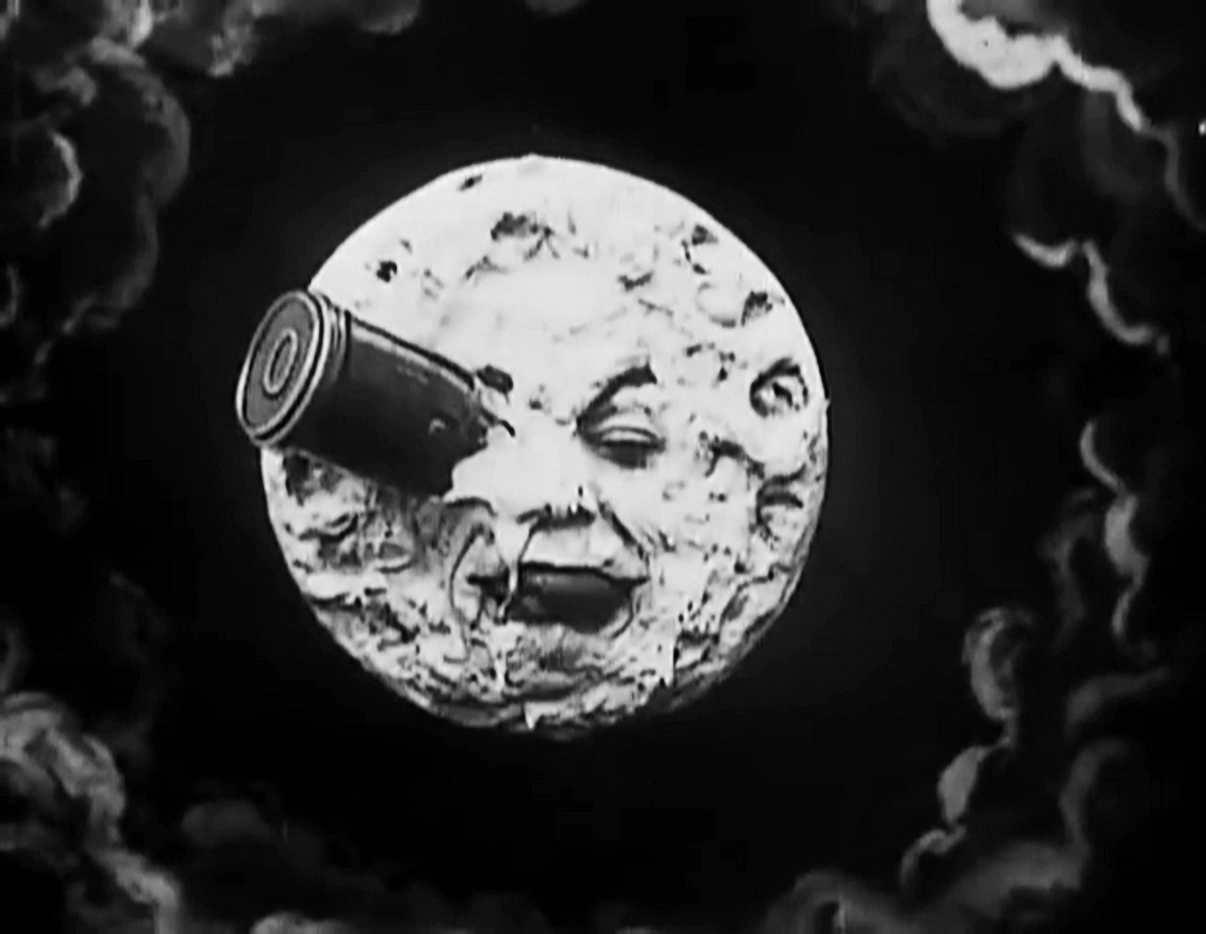 Come on. When is going to update. I really Act 1’s man in the moon suggestion and Stephen Atwood’s Lili and Stitch suggestion!!!!!! The world wants to know!
2 months ago

in new movie will have a significant part... (spoiler alert)!!! XD