IMDb
Due to scheduled maintenance, the IMDb community will be temporarily read only between August 28 - 31.

Which of these nightmarishly terrible musicals* brings you the most dread?

Xanadu is not a movie. It is a place 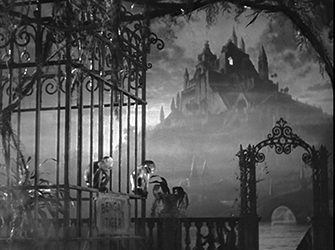 Added a secondary (positive) all of the above option as a counterpoint to the first Betty White option."To paraphrase two British philosophers: All musicals are sacred. None of these musicals are terrible. Each one is a wonderful work of lyrical art in its own fashion."
1 year ago

Tomatoes with rotten attitudes, for sure.
1 year ago

It will have to remain merely a dishonorable mention here. I'll keep this list with only feature length films. Though I like your thinking.
1 year ago

Hell, ignore that time period, what about the worst musical, possibly EVER:  "The Greatest Showman."  Man, it had all kinds of promise and options--but the songs and the music were simply godawfully boring.  I actually turned it off, less than ten minutes in.(Although, I could also vote for the 3rd remake of "A Star is Born."  Listen, Bradley Cooper surprised me and he was a worthy successor to Kristofferson Mason and March, but I don't think I ever appreciated before then that Lady Gaga's voice just ain't all that.  I was shocked to find out how mediocre her pipes really are.  Given all the mind-blowing talent out there, why did they use HER?  In fact, I turned that POS off too.  I couldn't listen to her any longer.)
2019-08-18T16:10:18+00:00

Yay!  I agree about Greatest Showman (haven't seen Star is Born)!  It's highly overrated.  You may like this poll:https://www.imdb.com/poll/HDRenTL0xLg/
1 year ago

Probably "All of the above" However, grease 2 is terrible, I don't like to stop watching movies in half but this was unbearable, really unbearable.
1 year ago

I should have known something was wrong when my ears started bleeding and an earworm... started haunting my bedroom!

Thanks Dan and Narnis.
1 year ago

With some of thse films, their music may have been the least of their problems. :*"The Garbage Pail Kids" was supposed to be a comedy, but most of its jokes were considered to be of very poor taste. Among some highlights:** 1) The Kids are supposed to be both ugly and obnoxious. They demonstate this by (among other things) farting, vomiting, peeing their pants, stealing food, stealing vehicles for joyriding, and vandalism. **2) The local state is revealed  to maintain a "State Home for the Ugly, a prison where people too ugly for society are brought and executed. "**3) The Kids want revenge against a business associate who double-crossed them. So they crash a fashion show which the associate had organized, assault the fashion models, and rip off their clothes on stage. *"Earth Girls Are Easy" is part romantic comedy, part sex comedy. The main plot is that three furry aliens lack mates of their own kind, and arrive on Earth with the intention to get laid with human females. One of them finds a new girlfriend, who forces them to shave. It turns out that they look human without their fur. And there is a love triangle between the woman, her alien boyfriend, and an ex-boyfriend who proposes marriage to her. The plot is pretty predictable, and the film's cult following is mostly based on the fact that one of the aliens is played by Jim Carrey. *"Back to the Beach" is partly a sequel to the "Beach Party films" of the 1960s, and partly an affectionate parody. Two of the partying and surging teenagers of the 1960s married each other, and by the 1980s they are a conventional middle-class couple with kids.  They decide to visit their daughter in California, and get involved in a conflict between a new generation of surfers and a group of punks. While intended as a nostalgia vehicle for fans of the old series, it was rather derailed by a number of studio decisions. The director who was assigned to the film had only worked on music videos before, the script was co-written and doctored by 17 different screenwriters (explaining its uneven tone), and the film's extensive least of celebrity cameos apparently failed to attract much of an audience.