Which of these names have you had most trouble spelling without looking them up in IMDb first?

As a kid I always heard his name as "Schwarzer Neger" which translates as "Black Negro" (sorry!)
1 year ago

To me the name Mahershala is spelt very much like it sounds, so I wouldn't have a problem with it. What do others think?

I can imagine that sentence:

"Shalom Mahershala my chum, here a charming Marshamallow while I chant "Shama Lama" with Shamalayan"
1 year ago

I see, you already have Pilou Asbæk in your list. :DP.S.:The S in Hounsou is written decapitalized. My bad.
(Edited)
1 year ago

I'm a deprived poor old 3rd world American! LOL
Be nice to me! LOL X2
Yes albstein it is. If I want that ae thingy, I've got to do a copy and paste thingy!
1 year ago

What is so difficult about Clara Delvignie's name?
1 year ago

Actually, looking at it, I think I misspelled his first name too.  lol - Yeah, I did.  Adewale is what it's supposed to be.  Not Adewele.
(Edited)
1 year ago

I usually memorize the spelling and pronunciation, but often I do not know the pronunciation. I've had trouble remembering certain names on account of them being almost or just barely what could be considered a household names. Otherwise, names that are neither English, French, Spanish, Portuguese, Italian, German, Dutch, Danish, Finnish, Swedish, Norwegian, Polish, Chinese, Korean, Japanese, Hebrew nor Hindi, can be difficult for me to remember how to spell, often because of the odd way that they may be "Romanized". I'm not sure of my comfort level with Greek, Russian and Algonquian; which for the latter, it would be odd to be uncomfortable, since I inhabit a region that used to be inhabited by people who spoke Algonquian languages, so tons of counties, roadways, lakes and rivers are named in Romanizations of names from those languages. The key thing to understand is that big names are like big words, in that big words are just sequences of little words.
(Edited)
1 year ago

My problem is that your choices are almost all name of an actor from another country. I mean that for them the name is probably easy to write. For example, the real name of Joseph Staline is this( Iossif Vissarionovitch Djougachvili). You should add him because he is on IMDB. Also,
(Edited)
2019-02-10T22:50:08+00:00

I think Peter meant stars who have a name that is difficult to spell, so :

a/ they've got to be famous...
b/... as actors
c/ and the problem comes from the spelling, not much the pronunciation so that being fluent in a specific language doesn't give you an edge (or maybe a small one)

I concede that it's hard to set any strict criteria for the list. It's based on other lists from English-language media and suggestions from this thread, and of course they should be famous names from film and television. It is aimed at the IMDb audience, which is mostly English-speaking, and based on the spellings IMDb lists. Let's not even mention non-Western alphabets.
1 year ago

XD seriously you spelled Reno like the car Renauldt 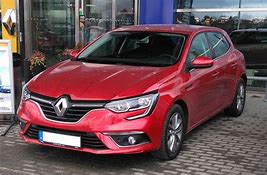 'Good idea and deciding on just one is as difficult as it is to spell some of these, which is why I'm not listing the ones most difficult for me,  : )
1 year ago

From your list I have in fact checked how to write Jake Gyllenhaal and would need to check on Arnold, Quvenzhané Wallis and Adewale Akinnuoye-Agbaje You could probably fill the list just with Polish names but one that may be particullary difficult is the star of Ida: Agata Trzebuchowska I don't think he is considered famous in IMDb since he was a writer, but the Mexican name that I think would be harder to write is Jorge Ibargüengoitia
1 year ago

From your list I have in fact checked how to write Jake Gyllenhaal and would need to check on Arnold, Quvenzhané Wallis and Adewale Akinnuoye-Agbaje You could probably fill the list just with Polish names but one that may be particullary difficult is the star of Ida: Agata Trzebuchowska I don't think he is considered famous in IMDb since he was a writer, but the Mexican name that I think would be harder to write is Jorge Ibargüengoitia
2019-02-13T12:42:32+00:00

First one that came to mind was Adewale Akinnuoye-Agbaje... even once I see his name, I can't say it lol
1 year ago

Albstein: Some of the accented letters of the Polish alphabet are not available in IMDb's main character set, ISO-Latin-1. Probably until IMDb implements Unicode, it won't be possible to display the "L with stroke" or "S with acute accent" correctly. And Unicode is a very long-term project for IMDb:

Ideally all data should be presented using its native character sets/ pictograms. Technically this is not possible though with current widespread software for web access, e-mail and operating systems in general.

In the future there will be a new huge standardized 16 bit character set called Unicode. It will offer the capability to freely combine Japanese Kanji with ISO 1 text and Hindi, for example. We will use it as it becomes widely available and supported by the industry.

Oh, it's no problem, but thanks for the answer.
1 year ago