Which of these posters containing an ambigram, a text that can be read the same upside down, forward and backward is your favorite?Rule: Palindromes stylized to be symmetrical are eligible.List: https://www.imdb.com/list/ls094108022/mediaviewer/rm3372581633

3 things:1st: I will have a better image for The Princess Bride soon.2nd: I have included stylized text like The Princess Bride's poster for two reasons, because it is very rare in poster design, and because it is a lot of work to create such a palindrome.3rd: I hesitate to include "palindrome images" because I don't want to stretch the definition of "palindrome".
4 months ago

cinephile,Intriguing and clever! https://en.wiktionary.org/wiki/ambigramSince I am a fan of Douglas Hofstadter, I'm surprised I do not remember seeing the term before.I strongly recommend Hofstadter's book Gödel, Escher, Bach: An Eternal Golden Braid.
2020-04-08T00:03:41+00:00

cinephile,Although Palindrome Posters is not as accurate as Ambigram Posters, Palindrome Posters is probably easier to understand for most people. Ambigram is not a common word. I had forgotten the word myself and should get may copy of Hofstadter's book off the shelf to find the reference to the word.
2020-04-08T17:28:06+00:00

What about simply "Symmetric Posters?"

Broader in meaning than "palindrome," but less obscure than "ambigram."
4 months ago

Oops sorry, I didn't notice that I just saw that my link was redirecting to a specific picture.I  make a lot of dumb mistakes on links these days. The last time, I was linking Elmo his list about COVID-19 instead of my list about food in Tarantino movies.
(Edited)
2020-04-08T16:44:15+00:00

With your permission, if you would like, I can update the first post in this thread with the correct link. I'm generally not editing the first posts in threads until GS resolves the problems with threads occasionally becoming inaccessible when the first post is edited.
2020-04-08T17:15:20+00:00

No problem
4 months ago

The Princess Bride is very clever!  :D
4 months ago 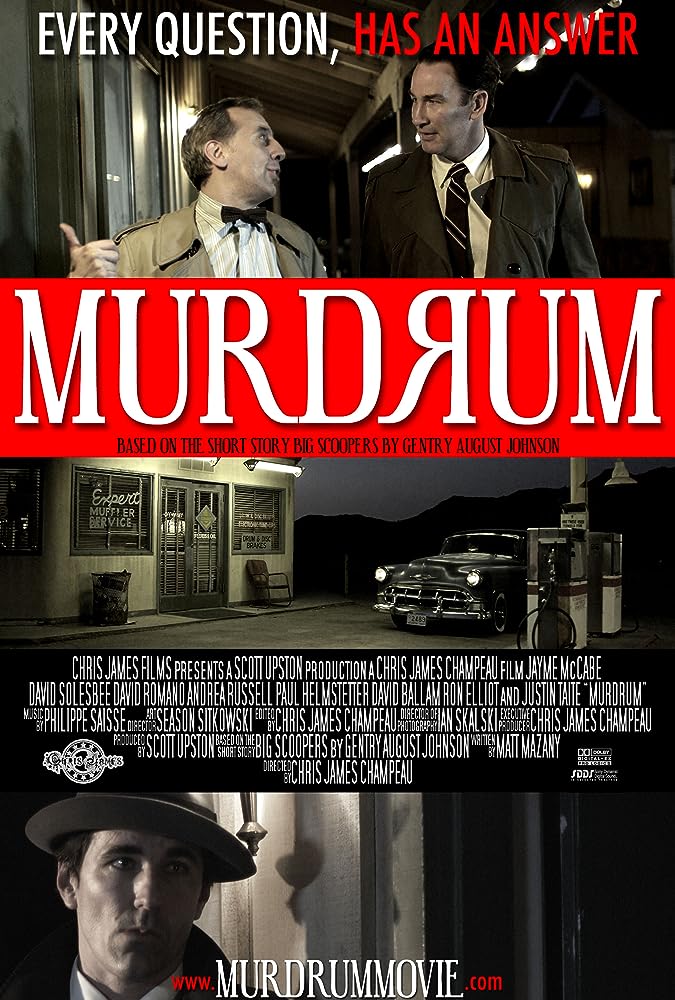 I replaced the poster of "The Princess Bride" by a better one.
4 months ago

all added
3 months ago

Some of the titles are palindromes. Others have done something special with the title in a poster. It seems like two different ideas that you could make into two different lists.
2020-05-02T17:20:14+00:00

I think that the only posters that don't fit in the description of Palindrome is
The Princess Bride.

1) In the beginning, I wanted to do the poll only about poster stylized to be Palindromes. After a week of research, I gave up, because this design is pretty unique to this poster some have made fan arts but no official poster seems to have done the same thing.

2) I don't want to do a poll about Palindrome Titles, most of the titles in the list are a single name or word, it would be pretty stupid to put them in competition.

3) On recommendation of Dan Dassow, I have avoided the word "Ambigram" that fits every suggestion of the poll.

Just keep it simple, as I stated almost a month ago:

What about simply "Symmetric Posters?"

Broader in meaning than "palindrome," but less obscure than "ambigram."

An ambigram is a visual pun of a special kind: a calligraphic design having two or more (clear) interpretations as written words. One can voluntarily jump back and forth between the rival readings usually by shifting one’s physical point of view (moving the design in some way) but sometimes by simply altering one’s perceptual bias towards a design (clicking an internal mental switch, so to speak). Sometimes the readings will say identical things, sometimes they will say different things.

- Douglas Hofstadter Words like "Dad" and "Pipe" are ambigrams because they are read the same backward.Also, the title "Symmetric Posters" doesn't solve the problem. Since the beginning people are arguing with the title, they want a more precise title. "Symmetric Posters" would be a great title if we were talking about a real symmetric poster, but in that case, we are only referring to writing in the poster.Finally, I'm gonna change the title to "Ambigram Posters", I'm frustrated to throw away my wonderful title containing an Alliteration, but I feel that as in "Epidemic Movies", I'm never gonna get out of this debate and this poll is never gonna get Live if I stick to my current title.
(Edited)
2020-05-02T22:42:17+00:00

Too many pedantic people in positions of authority on this board; I wonder how many cases of diagnosed or undiagnosed Autism are roaming around here.

Was "Man of Faith VS. Man of Science" also one of your polls, or one of Paok's?

"Man of faith VS. Man of Science" is a poll by Paok.

My point was not the title, but that the list is a mix of ideas.

Then we are in a dead-end:

1)If you don't think that "Dad" and "Pip" are ambigrams that means that there is only one ambigram in the whole poll, so the poll is never going live.

2) If I name the title "Palindrome Posters" we are also in a dead-end because it includes each one except for the Princess Bride. so the poll is never going live.

3) If I name the poll "Symmetrical Poster" someone is gonna complain that the title is not precise enough.

4) Deleting The Princess Bride is not envisaged because I built the list for it.

6) I could name to poll "Palindrome/Ambigram/Palingram/Semordnilap" but I'm gonna get tell that the title is too long and complex and etc.

In conclusion, I see no way to escape, this poll is NEVER going live.
3 months ago

Title changed from Palindrome Posters to Ambigram Posters.
3 months ago

Anyway, I misplaced The Princess Bride Image, it is the cover for the 20th Blu-Ray, not a poster.
(Edited)
3 months ago

It is a bit sad that some posters are cropped because the text is not always visible especially when written on the bottom.