Thanks for voting!
9 months ago

1) I love the title. Very original, attention getting and inventive. (And in my best inner Edna Mode voice,) “Plus funny, Don’t forget that, Darling.”

Jessica beat you to it!
9 months ago

Bf at tiffany's and from here to eternity
9 months ago

You must get the one from "Delicatessen", it's an underwater kiss, unavoidable in your list.
9 months ago

Me too on Match Point.

PS: oops, 3 messages for a minute. I'm not deleting this one of mine, to prevent confusions. But its first part is outdated as I see.
(Edited)
9 months ago

A reminder for "Delicatessen", I uploaded the pictureFYC, a better title would be "Memorable Movie Wet Kisses"Wet = water + rain + fun innuendo I wouldn't use a long sentence as a title, in the intro maybe but a title must be catchy,  punchy, to the point and synthetic, it works perfectly with Wet Kiss

I'd better just explain it now :)... Endgame is also the title of the ﻿Dallas ﻿episode where (SPOILERS) Bobby gets shot.
9 months ago

By the way, I don't mean to be too directive but it's only poll-instinct talking, if you were making a poll about "kisses in the rain", the title would be adequate but the "Just kissing in the water"  at the end misses the rhyme and the sentence doesn't ring as well, the term "wet kiss" encapsulates the spirit of your poll and plays like a fun teaser. I really think you should follow my advice :) except if "wet kiss" is judged inappropriate guidelines-wise... or if you're as stubborn as I am lol
2019-04-13T21:22:52+00:00

Well, I've expected this be explained by native speakers...
ElM., nobody's ignoring your suggestion, it is just not for this poll.
"Wet kiss" means a kiss made with open mouths, it's how the lovers used to do when sharing their passion. Though all the kisses in this poll are wet, the main idea is any kiss when bodies are wet thanks to water.

Ed, no exception. If you mean why some public persons make the wet kisses on public, it's a good question to them. Maybe in the way pictured in The Manchurian Candidate (1962) they demonstrate their passion to power or else, I don't know, but open-mouth kisses are still wet.
2019-04-14T06:33:46+00:00

"Wet kiss" means a kiss made with open mouths, it's how the lovers used to do when sharing their passion. Though all the kisses in this poll are wet, the main idea is any kiss when bodies are wet thanks to water.

Lol, thank you but I know what a wet kiss is. And what you're saying is exactly why I suggested the idea, it's mean to be taken as a second degree joke.The idea was simply to use an expression everyone is familiar with, to introduce the poll. What do rain and water have in common? they're wet. What is the poll about? kisses. Hence "Wet Kisses", the purpose of a title isn't to say exactly what the poll is about, but to give the global idea without saying too much.Now, if you say "wet kiss", voters will expect the kisses to be those you described: with open mouths and all that, then when they'll check the poll, they'll realize that the term had to be taken in a literal way... which is funny when you think about it, it was really about kisses made in a wet environment. It's just as if you made a poll about French kisses and have kisses from French movies, the soul of humor is to play on anticipations and then come with something totally unpredictable.This is why I was so enthusiastic about suggesting this to Ed Jones, he loves to have fun and be humorous whenever he can. I know "wet kiss" is misleading, but that's the point, it's not so misleading and when it is, it is in a funny way, which is good.That said, I used up all my arguments, I just want to clarify that I got the title reference from the start (who wouldn't?) and I knew what a wet kiss is. There was no misunderstanding whatsoever behind my suggestion.

Slippery When Wet" ?Or how about "Drowned With Kisses" ?Or "Drowned and Out in Kissing Thrills" ?"H2O Kisses"

Seriously, I'd rather have you keep the original "Gene Kelly" title.

But since I've talked enough about wet kisses, and I don't want to sound like some "humor lecturer", any title will be fine.
9 months ago

They were. They kissed and then she pulls him into the water and took him into her world. Maybe to the fountain of youth.She doesn’t drown him. The myth goes that if she doesn’t kill you, if a mermaids kisses you, she grants you the ability to breathe underwater.
2019-04-14T04:25:38+00:00

Submitting this and waiting 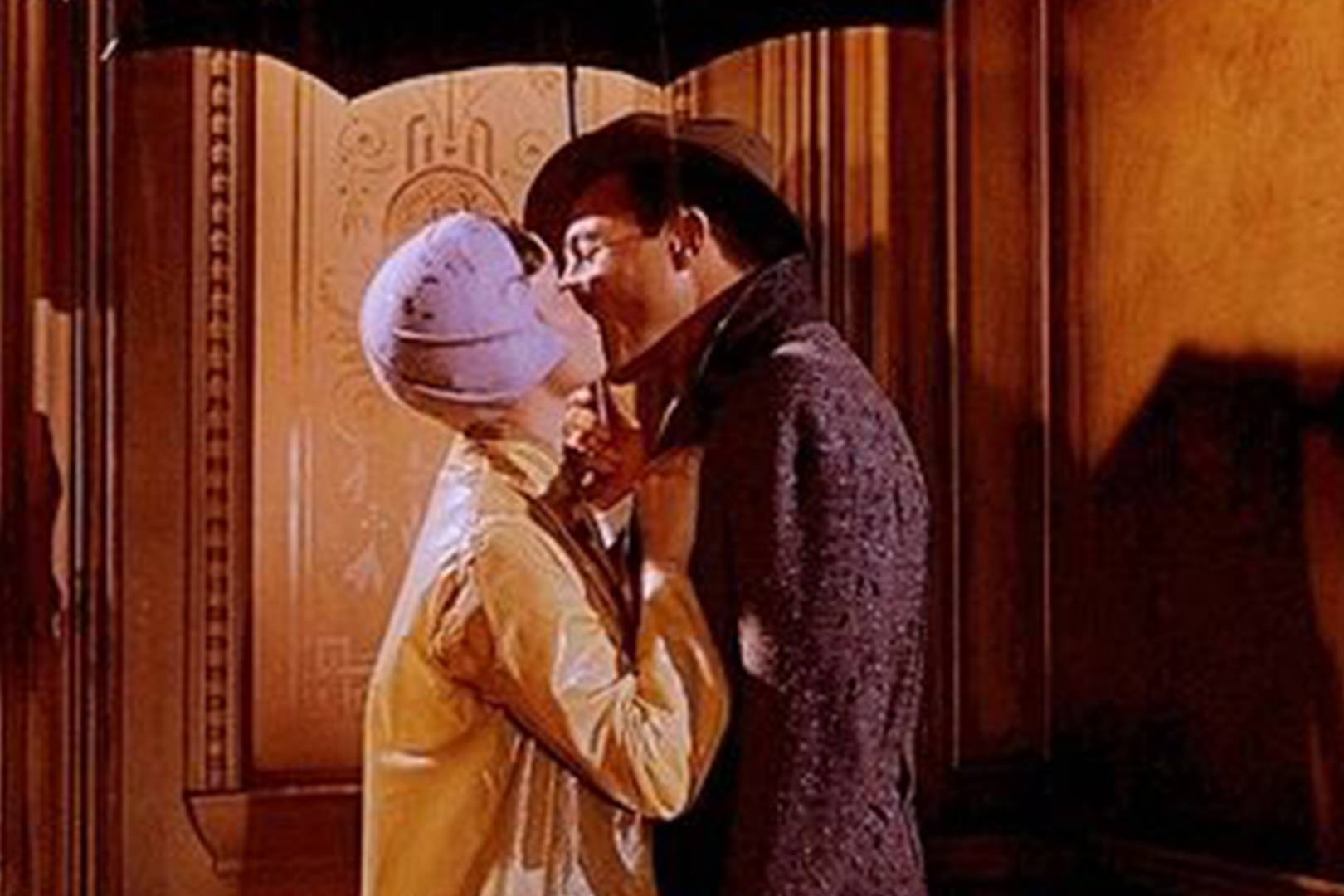 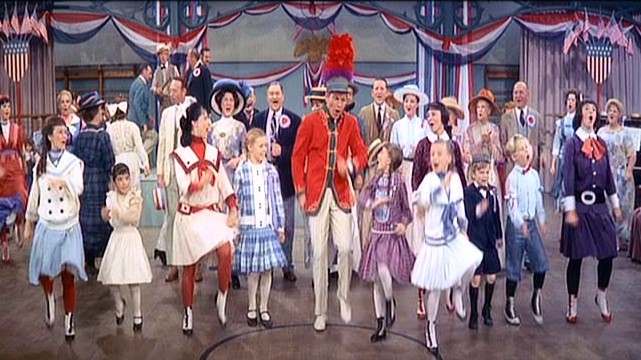 You were a busy bee! LOL
You found a lot
Thanks Jessica.

I'm going to shuffle some of these up to the top.Thanks again!!!!

Jessica finding suggs for us:  :) 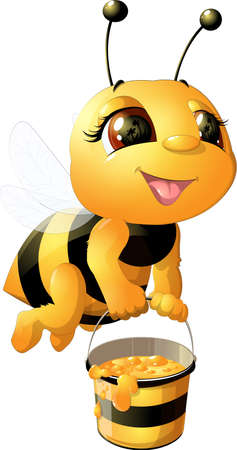 Thanks for the Buzz
9 months ago

The rain is falling through the mist of sorrow that surrounded meThe sun could never thaw away the bliss that lays around me(Chorus)Let it rain, let it rain,Let your love rain down on meBump and MarriageGoes together like a Horse and Carriage.
2019-04-23T04:00:20+00:00

Jessica or rubyfruit76Is it OK to have little blurbs like this below in the poll description?The rain is falling through the mist of sorrow that surrounded meThe sun could never thaw away the bliss that lays around me
2019-04-23T11:10:31+00:00

This is where people started to think Jack and Rose kissing:

Hope their dentists had no extra work as a result... )))
9 months ago

Let me a themed trolling here

Thanks Nikolay!
9 months ago

My personal favorite is Love Me If You Dare (2003)

Nope, there was no kiss in the rain.When Julien and Sophie made a step to each other for a kiss, his opponent knocked him down and out. No kiss after that, if only you mean the kiss when they standing in slurry at the very end )))

Not to seem like a sour puss nudge here, but I believe that I had posted a link to that video to this list over three weeks ago. The funny part of it is that after I had posted the link, over half of the suggestions made here after that post, were on that video. (Yes: “The Quite Man”, “Cast Away”, “Sweat Home Alabama”, “Garden State”, “Match Point” and “Singin’ In The Rain” were all mentioned in the video). I guess nobody checks out the video links I post except Jessica. Thank you Jessica for picking out the best ones in that video, and I do agree that “The Quite Man” should have been in here top ten. And for your ‘Vintage’ enjoyment, from “Hollywood Review Of 1929”, (1929)the original film version of “Singing In The Rain”. https://www.youtube.com/watch?v=fUba0... Hey, is that Buster Keaton in that shot on stage not singing?
Oh: just for fun, the song appears in “North By Northwest” ( Gary Grant’s shower scene), “A Clockwork Orange” (Alex sings it as he is beating someone up), and Inspector Jacques Clouseau sings it in two of the Pink Panther movies, and over 35 movies including “Die Hard”. https://en.m.wikipedia.org/wiki/Singi...
2019-05-04T02:13:07+00:00

More like “Has it stopped raining? When is it going to warm up?” It was raining almost everyday for the past two weeks and yes, some of that was snow mixed with rain. It was kissing in the slop, mud and flood.
(Edited)
9 months ago

Dan,
I want to thank you so much for all you have done for me.
Your combining my stats means more than you'll know.
I'm speechless. Well not really!!
Thanks again,

Yes, I combined the stats for both of your IMDb accounts.
9 months ago

Gotta get a free weekend open. Been busy. Getting a 1960 Falcon Ranchero ready for paint. When I get the free weekend, I'm going on a M-Cycle trip for shots. Desert, Usual shots in L.A., Etc. Studio head shots and portrait pics are Booooring.