Live Poll: Favorite TV Shows on the Air 50 Years Ago

Which show is your favorite.

hey ed...really good poll...really good list (i remember them all)...back then...with only three channels and pbs...you tended to watch everything...and i did watch mostly everything on this list...so many good choices (like ironside, mission impossible, and hawaii five-o...)and sometimes it's hard to judge 50 years later...tastes change so what was my favorite then might not be my favorite now...but...even though star trek seems like an obvious vote...thinking back i would have to go with get smart...couldn't get enough of max...
1 year ago

In more opinion, Roger Moore was much better suited for 'The Saint' than James Bond! - That was a great show!
1 year ago

Moore's James Bond films had a lot more humorous dialogue than other films in the series, and his Bond seemed a bit more sophisticated than other versions of the character.

Not a bad version, but it tends to diminish Bond's status as the Agency's gun-for-hire and ruthless assassin.
1 year ago 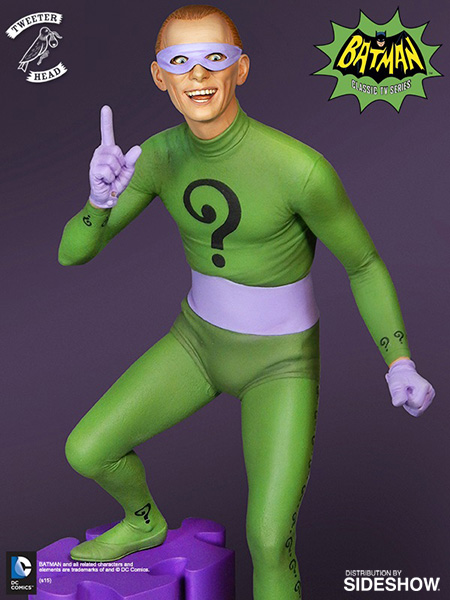 Thanks Dan
1 year ago

My favorite of this entire list is "Bewitched". Agnes Moorehead and Elizabeth Montgomery delivered the right mix of charm, wit, power, and occassionally threat. And the series had many memorable supporting characters.Star Trek is my second favorite. Large-scope stories, intriguing characters, and at at times open-ended philosophical questions. However, I could not stand James Tiberius Kirk playing the matcho man, found Dr. McCoy to be a rather poor excuse for a doctor (he would be excellent as a coroner), and found several of the female characters to be crimally underused."I Dream of Jeannie" was extremely funny at times, but Jeannie's submissiveness and naivety were rather disturbing. Bonanza is among my brother's favorites, and I have watched several episodes with him. Nice cast of characters and setting, but the "Cartwright Curse" was the television equivalent of "Women in Refrigerators" in comics. Every female love interest had to die, for the shake of cheap drama and ensuring our male heroes will remain eternally single.I have only seen a hand-full of episodes of "Get Smart", but I find it hilarious. Unfortunately it is only available on certain substriction-based channels in my native Greece. I find classic Doctor Who intriguing and at times charming, but all of the lost episodes have left parts of the storyline incomplehensible to me.I am not particularly enthusiastic about the The Bugs Bunny Show. It often featured censored version of the theatrical short films, with entire scenes and dialogue removed. Taking sexual innuendos, caricatures, and the occassional violent gag out of the films made them seem a lot blander than they were.
1 year ago

Urb,Coincidentally, you and Ed achieved milestones in the same week:https://getsatisfaction.com/imdb/topics/faq-poll-milestones?topic-reply-list[settings][filter_by]=al...
12 months ago

I am saddened to report that 'Green Acres' IS NOT the place to be!

Going where no man has gone before IS THE place to be!
Space livin is the life for me
Galaxies spreadin out so far and wide........
Keep your farming just give me some place to Warp!