Which is your favorite sci-fi/fantasy tv villain?

... The one armed man does not appear in many episodes, but is an evil presence throughout the series. When he does appear, he is ruthless, violent, and simple-minded, with good instincts for self-preservation. Like Kimble, he is a fugitive, having to run from the relentless pursuit of Kimble. Toward the end of the series he appears more often, and Kimble learns his name, ...

No TV Sci Fi/Fantasy villains list is complete without a David Anders character.FYC Julian Sark in Alias or Adam Monroe in Heroes or John Gilbert in The Vampire Diaries or Blaine DeBeers in iZombie.
2020-04-10T18:38:35+00:00

I liked Cole too. I guess it's up to Paok.

Control wasn't as big a baddy as Greer.

I looked at the list... if it's not too much to ask, could you reinstate John Greer from Person of Interest and remove one of my other gratuitously large number of suggestions?

The Borg queens from any Star Trek series starting with “Star Trek: The Next Generation”. Also add Picard when he was Locutus of the Borg .

Wanted to used Mr Morden, but there are no Images in the database....Yet! 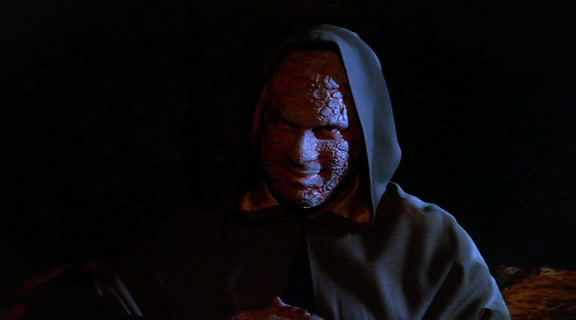 Lots of great ones, but since I have a very predictable "Twin Peaks" (1990) kick thanks to 30th anniversary you probably know my pick.

I just rewatched the international version of the pilot, which pretty much contains a blueprint for the character and Frank Silva was really amazing for a non-professional actor, no wonder his fewer scenes won him the role for remainder of the series which was pretty much tailor-made. He was amazing throught the whole series... And seemingly a really nice guy in real life.
4 months ago

Nighthawk and Paok,As a fellow avid Whovian, Doctor Who villains really deserve a separate poll. I had one go live a few years ago. Unfortunately, that poll was based on a character list. It disappeared when IMDb deprecated character lists and polls. Nighthawk, please feel free to create a new Doctor Who Villain and Doctor Who Companion poll. These archives of those two polls may be helpful:Favorite Doctor Who Enemyhttps://web.archive.org/web/20171113093812/http://www.imdb.com/poll/7LXbJdQ9nw8/resultsFavorite Doctor Who Companionhttps://web.archive.org/web/20171113093435/http://www.imdb.com/poll/xm257HHxlcg/results
(Edited)
2020-04-10T23:48:28+00:00

The Master is also one of The Doctor's most formidable villains. He was particularly a major factor in the 12th season of the rebooted series.