Which of these characters do you think is the most cowardly?

Added, thanks. I also include this character in my list about traitor charactershttps://www.imdb.com/list/ls047705014/
1 year ago

Thank you for updating the question in your list. I've update the original post in this thread accordingly.
1 year ago

In a certain way Thomas Wayne could be right: ''What kind of coward would do something that could blood?'''' Someone who hides behind a mask.''buthttps://youtu.be/t433PEQGErc?t=95I'm suggesting Joker not necessarily this one any Joker can fit.Only problem later on the trailer he removes the mask, meaning that he isn't a coward anymore.
(Edited)
2019-09-15T07:47:56+00:00

cinephile, i suspect that one of central themes in Joker (2019) will be percerption of human being versus what one really is (as well as what happens when perception of other people finally cracks one's personality). So Wayne's judgment of "cowards" and "clowns" eventually fires back at him and his family, hence "We Are All Clowns" movement, when one of the "clowns" becomes an embodiment of all that Wayne mixed up in his speeches: good and bad with emphasis on bad.
2019-09-15T16:54:34+00:00

So basically your theory is that the Joker will become what the society thinks he is like
Ray Marcus in Nocturn Animals, he said himself that he didn't want to kill anyone, but the judgment of India Asting, made him do what he did. But in the case of Ray Marcus, he is a metaphor for Hutton Morrow. Joker won't be a metaphor as I
understand the plot.

Now, I think that the Joker is a coward because I found that in both of the stories is told in The Dark Knight, He considers himself as the victim he wants us to have empathy for him like many real-life serial killers (according to expert). The two stories are probably false but. I think that he lied because he regrets the true story of his scar in which. He is probably not the victim. He is too coward to admit the truth, he lies to himself.
2019-09-15T18:07:36+00:00

Well, on a side note, a narcissist would not be able to help it. This is a person who would believe that he or she is always doing dramatic things for the right reasons. That's not to be confused necessarily with the "knight templar" personality.
2019-09-16T21:29:43+00:00

cinephile, have you considered that perhaps any of his stories are not real and so are the scars, even? Joker might not even care about the stories and/or scars in this particular movie, he just tells them for immediate effect. If he would've cared for empathy he would've told that in his filmed manifestos rather than private gunpoint moments. Also "according to expert" is not a very convincing reference, sorry. It's okay in casual conversation, but I simply can't agree when people cite something in such a way you can't confirm anything and want you to believe the statement as is. Maybe it's too much years of academia and being a professional researcher, but citation is a very serious matter for me, as are the sources.

I would rather not consider a man who gambles on not being recognized in a very publical event (despite having very noticeable scars), counts on other people to shoot accomplices without a second thought (despite logically some of them will get what happens, which is exactly what happens and he still never looses a bit) and demonstrates total disregard for his safety numerous times a coward. I would, however, consider him a very dangerous criminal who should be locked up for life. I will not subscribe to almost every villains is a coward theory simply because it's too simplistic. Many serial killers and mass murders are brave enough to do what they do which many people won't have any mental capabilty for. That is not to say that such a mental capability should even be normal: it's a complex and difficult question which will simply crumble into meaningless demagogy when simplified. Everyone is a coward, to a point. Everyone is brave, to a point. A point is what matters and decides, ultimately, and there are dozens of such points, making us heroes and villains in someone's story on a daily basis, with us having no way of knowing who we are more, unless points become extreme which most people would not want to happen as often most of us won't survive that, either.

You know, there is that thing that I call Hitler was a bad artist (for lack of any better term). People will judge every single personal quality of an individual who is a criminal (or even simply has less than stellar reputation) in the most negative way possible which simply doesn't work in real world and even in multi-layered, properly written fiction, as well. Awful people could still be brilliant, fearless, talented and that's the worst part of it: they use it for atrocious causes and often make it to a point when it's impossible to admire their talent or intellect without noting at least a few dozens of times that it does not redeem them in any way. And it makes it all the hard for researchers who can't not admire when it should be done because that would make them prejudicial, something that can only lead to information being less and less factual with each iteration.

Quite often people would just jump to condemning everything person has ever done, which just seems so brutally simplistic and naïve to me. I call that phenomena Hitler was a bad artist because Hitler was not a bad artist. He was an impressive enough beginner, whose attempts at progressing were gradually thwarted until his frustration with arts made him choose the politics, which became one of several bases of one of world's most horrible events. I'm not a fan of saying that people who criticized Hitler as an artist and/or denied him further education were partially responsible for World War II, simply because it would be just as simplistic and naïve as to say that Hitler was a bad artist. They couldn't have possibly know that and were probably just doing their jobs. And that is also a very scary part of it and a thought to consider. You're only as good for history as what you do and if your job consists of denying other people anything, you have a high risk of ending up in a wrong part of history. In other words, most people will see you as just another villain.
(Edited)
2019-09-16T22:49:40+00:00

I disagree with your opinion about the Joker, but I totally on your Hitler was a bad artist theory. I will try to avoid the use of '' according to expert''. But now it is difficult to find my old sources sorry about that.I would not argue anymore on this subject, because I think we could go on forever.

Adolf Hitler's artwork, at least some what has been made available to the public, is mediocre but not terrible. He very likely fell into the trap that most do in that he pursued, at one time or another, a path that others wanted him to rather than what he wanted. I can't know all the details of what led him into a life of political leadership and ultimately misadministration of civil and military affairs, then police state, genocide and conquest, but if he had not been picked for the job, somebody else would have, just given the overall climate of the Central Powers of Europe after the conclusion of the Great War.
7 months ago 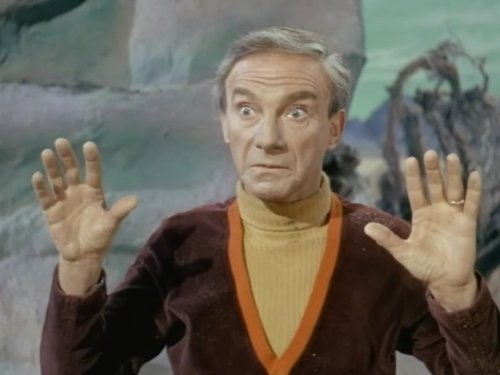 I do not consider Capt. Queeg a coward. From what I remember he is an bureaucratic officer in the US Merchant Marine with disdain for college educated officers. Lt. Tom Keefer was the true coward in The Caine Mutiny. He manipulated Capt. Queeg and the officers of the USS Caine into a mutiny while distancing himself from the fray as much as possible.
2019-09-16T09:53:33+00:00 Added, thanks.
7 months ago

Some nice choices, but most of these are rather new movies. For me, the name that immediately springs to mind as "cowardly" is Yohei from The Seven Samurai. He always looks scared, and as if he's about to cry.I also recommend a great, beyond great war film called Attack! (1956) which features not only one of the most cowardly, but also one of the most disgusting characters ever. It's also very ironic, because this scaredycat officer is played by Eddie Albert, a decorated combat veteran.From the list, I'd choose the Robert Carlyle character, or Hudson.
2019-09-16T10:01:51+00:00

Don Knotts as Luther Heggs in The Ghost and Mr. Chicken (1966)

George Romero's Day Of The Dead (1985) (one of my favorite horror films) also features a sickly coward and evil character, Captain Rhodes, played by the ever-great Joseph Pilato. (Who has passed away this year, I just learned. RIP)He keeps pulling his gun to threaten civilian doctors, jokes about raping the only woman left alive, plans to take the only helicopter available and leave the civilians to death, and finally when the zombies attack, he leaves all his men behind, runs and locks the door behind him. You almost want to clap and cheer with joy when he meets his gruesome end.https://www.imdb.com/title/tt0088993/mediaviewer/rm2574403584
(Edited)
2019-09-16T16:07:26+00:00