Which of these female characters with red hair do you find the most attractive?

You can also vote for Characters with blue hair here!

this is hard to answer, because most of them i wouldn't consider having 'red hair'...most of them are simply light brown, if even that...

so...to choose out of the few who actually have red hair, i would say christina hendricks...
3 years ago

My fave...Sarah Rafferty isn't on the list. Of the ones you have I guess Amy Adams.
3 years ago

This might some across as harsh, but please take it as constructive criticism.

Less than 10 before 2000? I'd love to make a "early years of cinema" version of this, if you're not going to include the older ladies. Please let me know.

I think many of these options, yes, their hair is red, but a lot of them aren't remarkably red. Like, something these, the characters wouldn't be different if their hair is another color. For example, Drew Barrymore in Charlie's Angels - she could be blonde or brunette or for that matter have blue hair. The red hair is not integral to the character, so out of allllll the red headed characters in history, I don't think she deserves a place.

I also suggest you limit it to one per actor, that way you can cover more ground.

Part 2 done. Also i include some of  the older ladies you requested
3 years ago

Bryce Dallas and Emma Stone from the Help though.
3 years ago

Did you not see that this needs to be a part 2?
3 years ago

I noticed that Sophie Turner in X-Men is also in Kyle's poll. Perhaps you should include her role in Game of Thrones instead?

Corrected, thanks.
1 year ago

Sarah Rafferty in Suits?
1 year ago 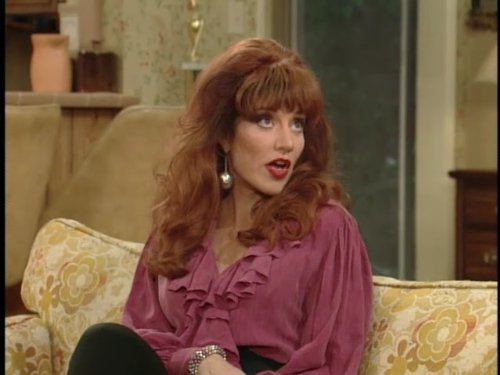