In many countries, June is designated as "Pride Month" for LGBTQ persons and their loved ones. Of the following LGBTQ characters, from movies and television that were released or originally aired between June of 2018 and June of 2019, who is your favorite?

Despite how much I love Damien Lewis, I still have yet to see 'Billions,' so thanks for the suggestion. 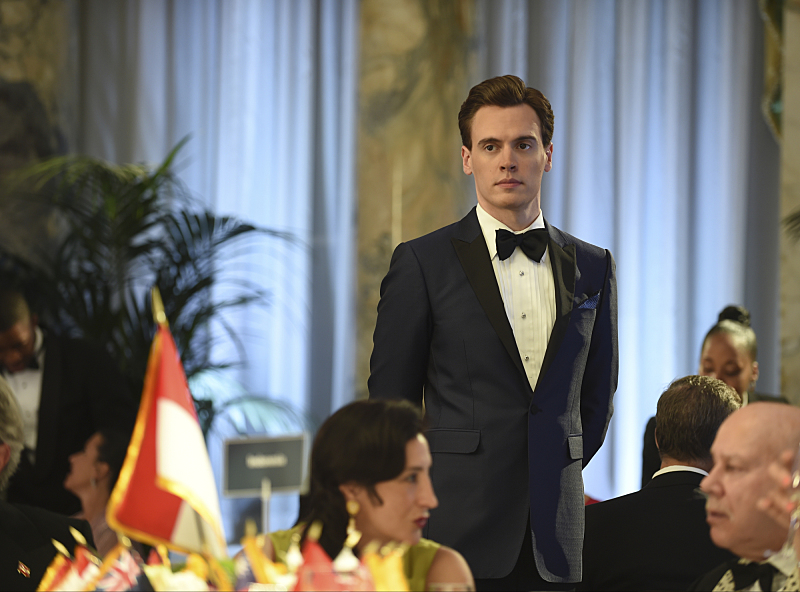 Added; thank you!
9 months ago

I liked Simon from 'Love, Simon' too,  but think Jake Wheeler might be a dark horse choice.

I'm still waiting on a photo I uploaded for Alison Pill in 'Vice,' as well as some photos for some other films but, otherwise, added your movie character suggestions (and some from the resources you provided and a few I found). I'll get back to the TV poll soon and add some more of your suggestions for those characters, as well. Thanks so much!
9 months ago

Added. Thank you, Peter.
9 months ago

FYC:
From "Doom Patrol" (2019):
Captain Larry Trainor/Negative Man (if only one per show allowed it probably should be him, magnificent performance by both Zuk and Bomer and exactly the kind of tortured soul pushing through I expected him to be being a fan of the comic)
Morris Wilson/Maura Lee Karupt
John Bowers

I added a Kelly Olsen photo to "Supergirl"S4E15

Thank you, so much, for your suggestions!I added Nia Nal but then switched over to working on the film list but will be working on the TV list again and will add the other two you suggested. Thanks again!
2019-06-05T10:14:05+00:00

Oh, wow, and thank you for adding the photo of Kelly Olsen. I just added her. I so appreciate your help.
9 months ago

I have divided this into two polls:

Thank you to Ed, Pencho, Peter, and Nikolay who have helped a lot with suggestions of characters to be added.

I appreciate any other suggestions anyone may have: I have a great guide published online by GLAAD that covers television almost too thoroughly (every  character, no matter how minor, from every series, no matter how small its audience, is included) so  feedback helps me to discern between so many characters. Also, the guide does not cover movies and online lists are incomplete and often random. Thanks!
(Edited)
2019-05-29T03:16:00+00:00

rubyfruit76, what about Capt. Larry Trainor, though? :)

Oh, no, you weren't annoying at all! I've just been busy with work and other things so I'm doing this in patches of time. I also divided the one list into two and have been busy trying to get photos for a lot of characters. I really appreciate your suggestions and all of them will be added soon. : ) Thanks for the help!
2019-06-05T10:36:26+00:00

So do I, as I'm basically unfamiliar with every item in this poll list.
9 months ago

Yep, I just ran out of time and now I need to get back to sleep. Tomorrow I'll make more progress. Thank you.
9 months ago 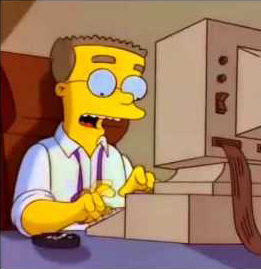 Added. Thanks, so much, for the help!
9 months ago

Status on Lists:List of Characters from Series: https://www.imdb.com/list/ls042773475/1.) Complete except that I'm still waiting for a viable image of Lionel ("Dear White People") to hopefully be approved and added to the database.2.) Excluded from list are characters that were already on the two 2016 lists, such as Tony ("13 Reasons Why"), Alex Danvers ("Supergirl"), and Denise ("Master of None"). (Vote on those polls here: https://www.imdb.com/poll/Bx0QOL7bPgg/?ref_=po_fp )3.) Also excluded from the list are a few more minor character for whom a viable photo could not be found. (Example: Agent Roy Petty from "Ozark"). 4.) Other than some minor characters, I did my best to include many diverse options from many different series. Given the number of characters from the plethora of shows, the list is not exhaustive, however. Given the limit of 35 options for a poll list, I'm sorry that not all characters could be included.
9 months ago

Status on Lists:List of Characters from Films: https://www.imdb.com/list/ls044817027/1.) I have changed the dates for the inclusion criteria (from June 2018 to the beginning of 2018, approximately) so if anyone has any suggestions for movies released during the current window (end of 2017/beginning of 2018 through June 2019), please let me know. There is definitely space. The only guideline is that the film has already been released in the US or another big market or a few smaller markets (and not just at film festivals). Thank you so much. 2.) I have been waiting over a week for one photo, as well as a few days for another, of Alison Pill in 'Vice' (that I uploaded to IMDb). It's possible that I won't have a photo for her character and, therefore, may not include her. 3.) Otherwise, this is complete except for the removal of some notes next to a few options.
(Edited)
2019-06-12T15:41:38+00:00

Congratulations. What a pitty(!) ♥Freddie♥ had to die so early. The music of Queen now moves three generations and the songs are still cool everytime they're played. Sending shivers down the spine. I would have picked him, but so many will pick him. Salute to Rami Malek. But my vote goes to my second fav Ronit. For Rachel Weisz and the whole movie ---> Thank you!
(Edited)
2019-06-15T22:07:01+00:00

Oh, you saw 'Disobedience' too?! Not too many people have seen it. It's my favorite film from 2018 and I agree with you about Ronit: she's wonderful. She's my favorite character from this list but I voted for Rachel Weisz's other character on the list, Lady Sarah, because I wanted to give the woman with the most votes another one to give the two top men some competition. : )
2019-06-19T16:04:53+00:00

Yes I saw it, a really good movie I do like it much. I understand your intention, but I stay  with Ronit. I also saw 'The Favorite', but I did like 'Disobedience' better. Rachel Weisz as an actress is always a good pick! I did love 'The Fountain', even though it was so heartbreaking at the end.
(Edited)
8 months ago

I will look online and try to find a photo of him that would work in a poll. If I find one and it's accepted, I will add him to the poll.

Thank you for the comment and suggestion. : )
(Edited)
8 months ago