Live Poll: Live Action Superheros Who Did Not Originate From Comicbooks

Lately, with all the live action comicbook movies being produced lately, it seems a character can only be considered a superhero if they came from a comicbook from one of the big Comicbook companies, or independent companies, or manga. Well, this list serves as a reminder that there are other sources from which a superhero can arise. Like: movies, TV shows, tv cartoon shows not based on comicbook characters, Comicstrips (remember those?), old radio shows, old movie matinee serials, pulp fiction, and novels. Well, which one of these who made it into a live action movie, should be considered a superhero?

From what I got there, that should get people going to fill in the rest!
2 years ago

My answer is the one below this one.
2 years ago

No. Why? Because the idea started with him. In any other genre that Sci-Fy fantasy, like would be considered a superhero with that light Sabre fighting skills and his powers of the force. But because he is in a scuffle-fy fantasy series he and the rest of the Jedi get ignored whenever someone talks about superheroes or does these superhero polls. It is time to bring him and the rest of the Jedi into the fold and consider a superhero the same as Spider-Man and others. Hey, spideysense, the force? They both warn there users of something is wrong.
2018-05-26T22:06:17+00:00

It was supposed to read as “In any other genre than Sci-Fy fantasy, Luke would be considered a superhero with that light Sabre fighting skills and his powers of the force. But because he is in a sci-fy fantasy series he and the rest of the Jedi get ignored whenever someone talks about superheroes or does these superhero polls.”
(Edited)
2 years ago

dgranger,
I recommend a shorter title. Please change title from:
Who Is a Live Action Superhero That Had Originated From Sources Other Than Comicbooks?

Good. Now suggest someone? Or pick one from the list?

Typo in the title: Superheroes

And in the text:
...being produced lately, it seems a character can only be considered a superhero if they come from...

Well, this list serves as a reminder that there are other sources from which a superhero can arise.

Well, which one of these who made it into a live action movie, should be considered a superhero?

To nominate another or to discuss the topic, click here. If you are nominating another, just remember to mention what the original source was. Sorry “Ben 10”, but nobody has done a live action movie of you yet.

Maybe this line can be removed:
(I’m not sure what is the difference is between “Pulp fiction” and adventure/fantasy/science fiction novels, but they do say there is a difference.)

Most of the changes are done. However I do believe that the word “Came” is the right word to use since The sentence it is in is in the past tense and “Came” is the past tense form of the word “Come”.
As for the bit about the difference between “pulp Fiction” and Adventure, Sci- Fi novels at the time in the past, 1) I was trying to inject some humor into this, and 2) I really did find a source that the Conan novels considered pulp fiction while somehow the Tarzan novels weren’t.
2018-05-30T10:58:45+00:00

Thanks.
Noticed a typo here as well:
Lately, with all the live action comicbook movies being produced lately,...
2 years ago

No problem, they both came movies. Added. Also thanks, I was finding way too many guys with their shorts off. I need more women and defiantly more racial diversity. Wait a moment. I remember one but the movie sucked! Trying to remember the name.
(Edited)
2018-05-31T04:14:52+00:00

”Plus Marvel promoted it with a five-issue comic, for some reason seemingly integrated in the universe which was unusual. ”

actually it wasn’t. A lot of movies at that period were doing Comicbook adaptations in order to promote their films. And DC was exploring the African American superhero market by making “Steel” African American, John Stewart Green Lantern African American and sponsoring a DC imprint line of comics, Milestone Comics, drawn and written by African Americans that produced “Static”, “Hardware”, “Icon”, “Blood Syndicate” and “Shadow Cabinet”. Marvel just wanted to get into that market in case Meteor Man hit it big. Common sense really.
(Edited)
2018-06-02T22:06:59+00:00

Well, as I sad, "seemingly". Sometimes both DC and Marvel do crossovers which look more or less canon and are considered parts of actual working canons, but they usually get retconed and abandoned anyway.

I am actually very aware of every single character mentioned and I even read a lot of Milestone (which led for a few fascinating discoveries that modern TV Arrowverse uses some Milestone Dakotaverse characters from the 90's in their series). They've made some fascinating and innovative stuff, which is sadly largely forgotten today.
2018-06-02T23:54:44+00:00

In the 90's having a lot of imprints greatly increased sells, because niche markets were forming a lot. By 2000's and 2010's sells of those imprints rapidly decreased, because niches either went on the internet or just integrated into larger mainstream audiences. It is a bit of a sad process, although Internet now provides for forming of the new niches.
2 years ago

I know Harley Quinn is an antihero-villian,

"The character was created by Paul Dini and Bruce Timm, and first appeared in Batman: The Animated Series in September 1992. " 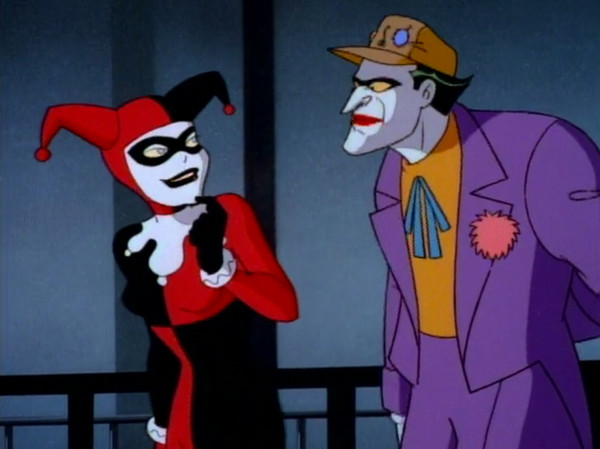 Yep. Harley Quinn/Harleen Quinzel was created specifically for animated television. She was popular enough that she was adapted into comic books by 1999. DC already had a few female super-villains going by the codename "Harlequin", but they were considered less memorable.

Similarly, Firestar/Angelica Jones from Marvel was created specifically for the "Spider-Man and his Amazing Friends" television series, but was adapted into comic books in 1985.
2 years ago

Another one is about to make the jump into live action from an animated tv show Jonny Quest https://www.imdb.com/title/tt1083850/...
2 years ago

Added and asked for a second repush.
2 years ago

Live Action Superheroes Who Did Not Originate From Comicbooks
6533rd Live Poll: https://www.imdb.com/poll/nGf0yz8mtC4/

In Decreasing Order of Votes http://mypollwatch.blogspot.com/2015/03/imdb-polls-descending-order-of-votes-by.html#dgranger

Thank you. Working on a vary stranger poll since the film “adrift” while it is a true story, it is a type of a ghost story and she does see a ghost boat that she thinks she is hallucinating. Also in reality, drifting boats are washing up on the north shore of japan that are filled with skeletons. The list is about films with “Ghost Ships”. And it mentions the most famous real life one with one of the greatest unsolved mysteries of all time, The Mary Celeste.
2018-06-09T06:00:45+00:00

"And it mentions the most famous real life one with one of the greatest unsolved mysteries of all time, The Mary Celeste."

Quite a puzzle. The crew and the captain's wife and daughter seem to have disappeared on November 25, 1872 (the last entry on the ship's daily log), and the ship was found drifting near the Azores on December 4. It had few damages, all of the cargo and provisions, and the captain's personal items. No signs of violence, nothing valuable stolen, eliminating most theories on foul play.

For a while the head of the consortium who owned the ship, one James H. Winchester, was accused of orchestrating the disappearances as part of an  insurance fraud. There was no real evidence against him, so the allegations were dismissed.
2 years ago

While Conan is among my favourite characters, and Robert E. Howard depicted him as having nearly superhuman intelligence, strength, and senses of hearing and smell, he lacks in the heroism department.  He is typically depicted as a thief, outlaw, mercenary, and pirate. In his middle-age becoming the usurper king of Aquilonia, by killing his predecessor. His main motivations were mostly greed and ambition. The audience rooted for him because his villains were usually even worse, and he was the lighter shade of grey.

And in Howard's version of the character, Conan goes through mood swings on a regular basis: "Hither came Conan, the Cimmerian, black-haired, sullen-eyed, sword in hand, a thief, a reaver, a slayer, with gigantic melancholies and gigantic mirth, to tread the jeweled thrones of the Earth under his sandalled feet."

What set him apart from other pulp characters was Conan's capacity of learning throughout his journeys. In Howard's words:  "In his roaming about the world the giant adventurer had picked up a wide smattering of knowledge, particularly including the speaking and reading of many alien tongues. Many a sheltered scholar would have been astonished at the Cimmerian's linguistic abilities."
2018-06-09T17:29:42+00:00

Wow, you got almost everything about Conan there is to know except one tiny piece of trivia that may explain why Arnold Schwarzenegger shows up in Red Sonja (1985) playing a character clearly like Conan: Kalidor. Look further down the list. Robert E. Howard created both Red Sonja and Conan the Barbarian. It is that comicbooks (Marvel) quickly adapted her and put her into that bikini chainmail. But in the story “The Shadow Of The Vulture”, she is just bloody as Conan is.
2 years ago

I Just watch 'Sky Captain and the World of Tomorrow'. Last time I watched it ~10 years ago.
That movie would have matched the list, I guess. ;)

It could have but it is too late now. I have asked for too many repushes on this list. Let it rest for now. When Jonny Quest gets made and released, I’ll put it on a part two list of this. I was thinking of Dick Tracy too for this one but he is a police detective, not a superhero.