JFF: Silliest Things You Thought as a Child....

My younger brother told me once that he thought the person who spoke with the sign language in the news was just there to entertain people with funny gestures because otherwise, it would be just too serious and depressing... I know it's silly.

My other brother used to think that every ancestor would have the same name than yours only with "Mc" before (he got it from Highlander, Back to the Future and the Scrooge McDuck stories)... I know it's silly.But that's the funniest thing about kids, they just don't say the darndest things, they also think them... just for fun, what were the crazy things you use to believe as a kid, whether they were movie related or not?- I thought if I spent too much time at night in front of the TV, It would explode (my mother told me that once and I always turned it off before midnight! to my defense it was an old Toshiba bigger than a window and the top used to get extremely hot at night)- I thought Gulliver became a giant because he had drunk too much sea water - I thought the guy who killed Tony Montana was Sosa- I thought Spielberg made all the movies with special effects, especially since his name popped up everywhere (Who Framed Roger Rabbit, Back to the Future...)
- I thought the MGM lion was roaring because he wanted to get the hell out of that circle!
- I thought "Star Wars" was just a pale imitation of "Spaceballs"
- I thought  the "Gimme Hope" song was about a girl named Joanna.
- I didn't get that Stevie Wonder was blind when I saw him in that 'Cosby Show' episode.
- for some reason, the prom picture of Laura Palmer used to scare the hell out of me

... to be continued... so what were YOUR silly thoughts?

- I thought  the "Gimme Hope" song was about a girl named Joanna.Wait, it's NOT about a girl named Joanna? You honestly just made me aware of the fact that it's an anti-apartheid song.-as a little child, I saw Hook. The movie made a point that if Peter really believes in himself, he can fly. I tried the same and took off from a swing. -this is apparently a common misconception among children, but I did not recognize the D in the Disney logo for what it was. Probably thought it was a G.-I must have assumed that all (US) Americans were black up to a point. I remember being quite confused when watching Space Jam (my first movie theater experience) and white people appearing all of a sudden.-a minor thing, but I was convinced that Gérard Depardieu and Christian Clavier always wear a moustache, because that's how I got to know them in the Asterix movies. I was very disappointed when I saw them clean-shaven.-not me, but my grandma. She used to think that Martin Luther was a literal devil until she was in her 60s, because that's what a Catholic priest used to say.-Only Breumaster will know. I heard the Haribo commercial song as, "Haribo macht Kinder froh, Wunder wachsen nirgendwo".
(Edited)
2019-04-30T15:44:42+00:00

Only you can know the Haribo song, that's what I meant :)Das beste an der Werbung waren die ... ? ;D

To this day, the Jever commercial must be my favorite.

"No traffic. No stress. No calls. No appointments. No compromise. No other beer."

No, it's not about Joanna, just like in Liquido's Narcotic song, he doen't say "And I call your name ..."Michael Caine""
1 year ago

Oh, I used to hear lyrics wrong quite a bit - there was a song called 'Sing, Hosanna', and I thought they were saying, 'Please, Banana!'  :Dalbstein: Yes, to this day I see, "Walt Gisney Pictures."

Once I was getting a sore throat, and my dad told me, "You're getting a little hoarse."  My eyes lit up, as I assumed he meant 'horse'.  :)

There was a song by a Spanish group called 'Bamboleo' but I heard it as 'Tamboreo' my street name happens to be 'Rancho Tamboreo' so I as convinced that song was like my street anthem and I sang it with patriotic feelings. Also I believed each street had its own song and I was proud that mine was so famous it played on the radio.
1 year ago

-I got chicken pox from eating chicken
-If I was doing something I wasn’t supposed to a light or signal would flash by my parents if they were miles away.
-If the tv was turned up too loud the stuff on it would come out of the speaker
-(this is what mom told me here) if I didn’t clean and dry between my toes a creature would grow
-(this is what my teacher told me) if I swallowed too many watermelon seeds a watermelon would grow in my stomach
-if you get paint on you it’ll never ever come out
-when teacher talked about writing someone up I was thinking that they were going to take their pen a write all over my/their skin.

Something else that came to my mind:I thought that the movie It had something to do with Freud's concept of Id (in German, both are called Es, and there must be a connection because Freud's concept is about a primitive drive - the "it" in us). How ten year old me came to know as much about psychoanalysis seems odd in retrospect.
7 months ago

Not something I did as a child but rather something I did when I first started making IMDb image lists - for some reason, I did not think to copy/paste the image URL; instead I actually typed out the whole URL sequence (mediaviewer/28378952789369856 etc) into the box.  Good grief.  :/
7 months ago 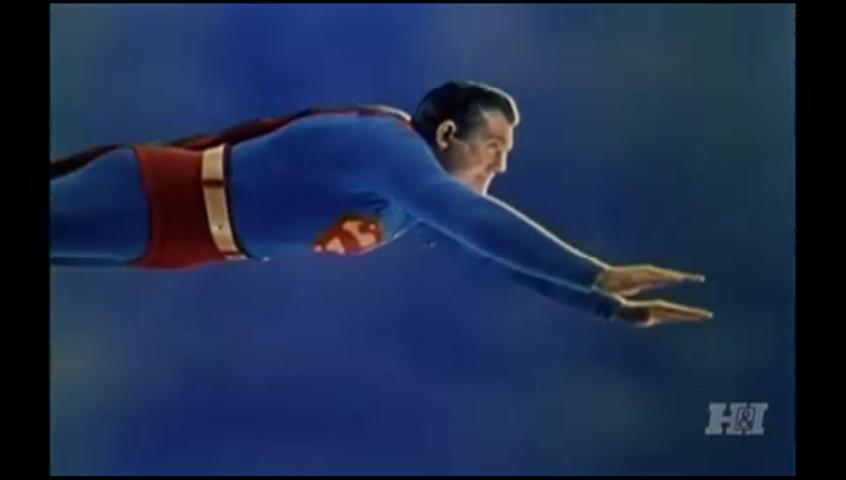 Remembering back now is a little sketchy, but when I was young I ﻿think ﻿I ﻿may ﻿have really thought Heffalumps (elephant-like creatures from the Pooh books/movies) were real.  Maybe I was just playing, probably; I always had and still do have faith in the impossible.  :)