I worked on the movie Once upon a time in Hollywood as background so I know 100 percent this girl was hired as background not principal. My friend has submitted this explanation to IMDB and they keep ignoring it and keep fake credit on their site for no reasons with no explanation. The movie is out and IMDB still keeps declining to remove this credit why is IMDB approving fake credits for random people and refuses to remove it even when proof is out? This is for Elizabeth Ferarra on Once upon a time in Hollywood movie. Submitting proof of their response with no explanation. In fact half of the people on that IMDB page are uncredited the movie is out so how long will it take for IMDB to remove all the fake credits and mark as uncredited???

Just use "uncredited" only attribute. Leave out "featured background". For the character name it is best to use a description that is as short as possible that says what she was doing.Example: Woman at Party. Woman at Pool. Woman on Sidewalk. Woman in Diner. Woman Dancing.If you read those submission guidelines it may help you to understand better. Featured background is definitely the cause for the rejection.Resubmit the credit and it should go through if you follow the guidelines advice.
2019-07-28T18:07:18+00:00

Ok so everyone here lets start posting your ideas to solution to this :) they want proof. Anyone has idea how to proof her name is not in final credits? I saw the movie so I know it but do we need to take photos of all cast credits to prove it? Dont u think IMDB should be the one doing this? It is their job to be accurate
2020-02-03T01:15:19+00:00

I'm right there with you. In one profile alone (someone Ive known very near and dear for 35 years+, has a massive amount of (deliberately) incorrect info of the same exact things, and all though there is full and absolute proof that its incorrect they will not correct it. This looks like a definite Class Action suit candidate if you ask me. They cant be aloud to continue this. I'm sure that there are many of you out there that know of good attorneys and litigators that would be happy to take this on. Pass this on, and hopefully the right person will come across it and do the right thing, seeing as IMDB obviously isnt about to. All of the dishonesty that goes on in this town is bad enough as it is, it's about time to start getting some of the respect back to those that deserve it!
TMP
(Edited)
7 months ago

As Ed has stated, uncredited entries must be listed with a specific character name for them to be identifiable on screen. Therefore modifications to change the character to 'Background' and the attribute of 'uncredited' will not be approved. If you are able to confirm what role she can be identified as, please resubmit with this in the character field and the attribute of 'uncredited' and our data editors will review this further.

Why do I need to name them? Why r u so interested?
Does the "who submitted it" make a difference between someone hired as main cast and someone hired as background? I do not see that connection...:) big budget productions never submit credits for background as principals I know that much :)
(Edited)
2019-07-28T17:33:04+00:00

No you have not posted here who and why.
Who is you..........Anonymous Nena.
Your how explanation was you and her were hired as featured background extras.
If Jeorj asks a question be forthright with an answer. And make sure your answer does not contradict yourself as you have done here so as to obfuscate on purpose.
7 months ago

Nena, just my five cents on this one: while most background performers know for certain they won't be credited, adding oneself with no role or status is okay in cases when you don't know what is the larger context of a scene and whether will you be credited. Considering that we have a few recent worrying cases of extras credited in stunts for little to no reason, it might be just precautions to not list anything about status and role.

Cases like that happen A LOT on major productions (a case from 2012 which was particularly memorable), so your enthusiasm over this particular cases looks like overracting and/or grudge with this particular person. I'm not saying that this is what's going on, but it looks like it, anyway.

Also, I'm not exactly sure on what you mean by "principal" cast. If that term includes all credited entries in SAG-AFTRA terminology it's fine but I mostly heard that as another term for main cast in the TV series and/or people in the opening credits. It's worrying to hear that used by one background performer for his work on a TV series recently and then by you because of that: I'm always open to possibility of the fact that it's fault in my knowledge, but I'm not sure on this one case.
View previous…
2019-07-28T23:12:46+00:00

Well this credit has been there for long time. As I said earlier Elizabeth told my friend her manager submitted it for her to get exposure. That is the big question here what proof do they want that someone is not in a movie?
2019-07-28T23:33:31+00:00

That's my point, gromit82! We've been given the impression that a certain somebody was practically standing over the shoulder of the supposed confidence artist responsible for this fiasco.
(Edited)
2019-07-29T00:49:40+00:00

Jeorj ur assuming and speculating too much. Go see the movie and u will have proof for yrself. Than submit it to IMDB :) and than wonder what kind of proof can u provide this person is not in the movie at all :) All I said is I saw the movie so I know this as a fact this person is not credited in final credits nor seen at all :)
(Edited)
2019-07-29T01:46:30+00:00

What is the fraud here? The movie is out. Are you joking right now?
7 months ago

Nena, IMDb lists different Cast credits. Speaking role or not, credited or not. Whatever the credit or the role is, ”featured background”, ”background actor”, etc type of character names are not accepted.

So: if you want your credit to be approved on IMDb, you have to take these issues in consideration:
1) Is your name credited in the actual credits? If not...
2) ...you should add your name with the attribute ”uncredited” AND you should add a proper character description like ”Woman in the nightclub”, ”Woman in the street”, ”Woman at the party”. Even when the actor only appears in the background and doesn’t have any real lines, she/he is in certain location/place/scene in the film/story.
3) With ”uncredited” roles, you should probably first confirm that you’re visible (e.g. on the background etc) on the scene in the final cut of the film. Pay stubs and contracts can prove that you worked for the film, but not necessarily prove that you actual appear (on-screen) in the film.
View previous…
2019-07-29T02:12:51+00:00

Get real.
As Nikolay Yerioman pointed out you are focused on this one person.
There are 50 or so other credits that you do not care about that have the same credit status.
You are Cyber Bullying all persons here with you single minded attack on Ms. Ferrera.
Shame on you. You dont care if the database is accurate.
You are obviously out to do harm to her.
2019-07-29T02:20:39+00:00

My credibility is based on a fact that the movie is out yet ur not willing to go see for yourself because u know I am correct and u will not admit it because u r here to bicker with people not to contribute truthful facts to IMDB :) bye!
2019-07-29T02:35:23+00:00

Thank God
See ya
7 months ago

Nena, again, please see the ”General rules” part from the IMDb guide for ”uncredited” credits. If certain conditions are met, ”uncredited” credits for so-called background/extra actors are accepted. Important part is that the actor actually appears on the screen and is identifiable.

I’m just stating the general facts here, obviously it’s case-by-case what are actually accepted etc. Uncredited credits can be tricky in some cases (as it probably should be).

The following credits are likely to be discarded:

* Submissions with an empty character field or with descriptions such as "lead", "supporting" or "featured".

* We will accept "background" or "extra" if that's how the credit appears on screen, but "background", "extra" or "bit-part" will not be accepted as a character name on the title if the role does not receive an on-screen credit. If that is the case the character name should include a description of the part - Woman with Dog, for instance - and (uncredited) in the 'attribute' box. But see below - they must be recognizable.

* It is not enough to have just worked on a production: Their scenes must be included in the final cut and it must be possible to easily identify their appearance.
Background/extra work as a crowd member (or a similar role where it's impossible to recognize the subject)

That's the thing. The items are not necessarily declined. If the production status is "production unknown", "announced", "pre-production", "abandoned", "filming", "post-production" or "completed", then there is a strong chance that there will be some cast listing items that have empty role fields, perhaps added as part of the same submission as the title page creation process. Anyway, IMDb's policies are not always candid, clear and consistent, so sometimes we run into these "paradoxes", for lack of a better word. The policies are also subject to change, and whenever it does happen, data articles are not always updated to meet the newer guidelines. Also, sometimes updates are incorrectly approved or incorrectly declined, as it can go both ways. On occasion, there are updates that will be approved yet still do not go live, due to some kind of glitch. IMDb is a work-in-progress.
2019-07-28T22:37:04+00:00 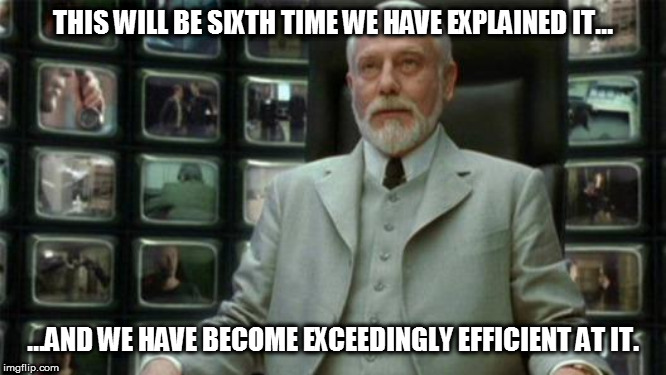