Fourth Anniversary of the IMDb Poll

The current version of the IMDb Poll went live on September 4, 2013. This achievement is due to the creativity and efforts of the 299 authors with published polls, more than 1000 people who suggested polls and the thousands of IMDb users who vote in these polls.

Thank you Col Needham for trusting the IMDb user community to run the poll on a day to day basis.

Special thanks go to two members of IMDb’s technical staff who implemented the poll and provided guidance and technical support for the first two years. Thanks also go to the IMDb Editors, who have provided support and guidance on polls since June 2015 and the other IMDb Poll admins. 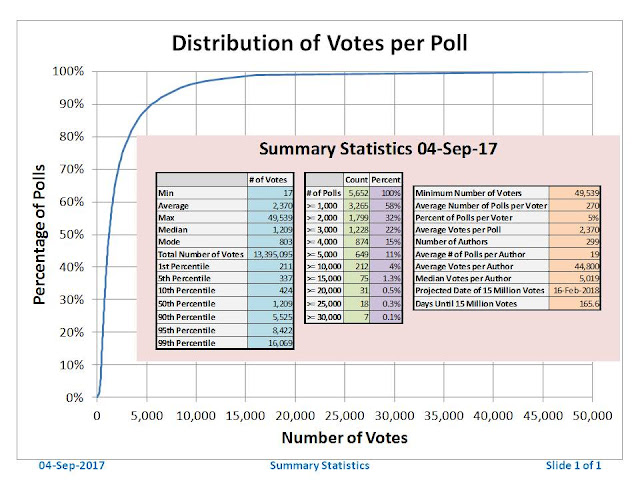 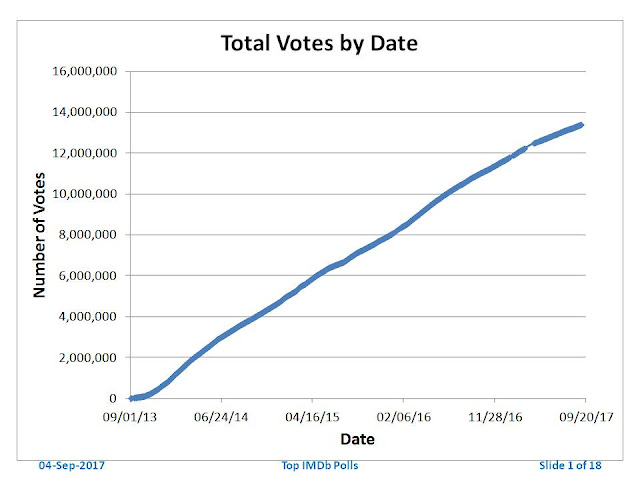 First Poll:
Who Is the Nastiest Villain?
by muzzle

Most Current Poll: Putting Away Your Whites for Winter
by yrnej

Poll with Most Votes:
Best Movie to Have Been the IMDb Top 250 #1
by Mega_wizard

Most Lopsided:
Which Movie Will Win At The Box Office? Dec 18, 2015
by pollmaster

Thanks for posting this. Time to celebrate...!!!

Ohh you missed one data:

Thanks for maintaining the statistics through these years.
2 years ago

I've corrected 'Highest Average' to
Author With Highest Votes for a Poll: Mega_wizard
2 years ago

Thanks Dan and thanks to the whole IMDb poll community!
2 years ago

Thanks again for demonstrating that we could run the IMDb poll. I believe that your IMDb users daily poll (http://moviesdailypoll.blogspot.com/) was instrumental in the return of the IMDb Poll.
2017-09-08T23:44:44+00:00

I like to think it helped a little. Thanks to You Dan for all the hard work which by far surpases anything I ever did.
2 years ago

Sweet!  Congrats to us all.