and it says following:
We use the original title of a movie/show in its original language as it appears on screen (on the title card) in the opening credits. So all alternative titles found on posters, DVD boxes, reference books, trailers, websites, re-releases, etc. are irrelevant. They do NOT define what the primary title should look like. All titles must include the year of first public screening enclosed in ()'s as explained further below.

so from my interpretation, the main title is supposed to be the original but romanized title

here is this title on the site of the production company, where it says that the original title is ゴジラ the katakana for go ji ra

so it can in no way be named just "Gojira" 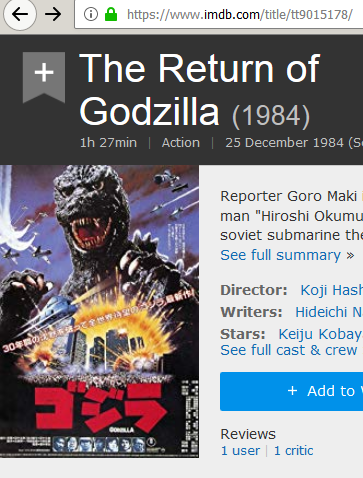 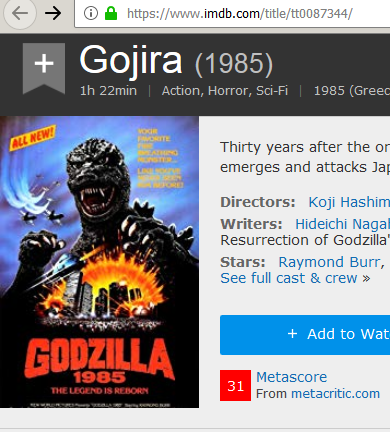 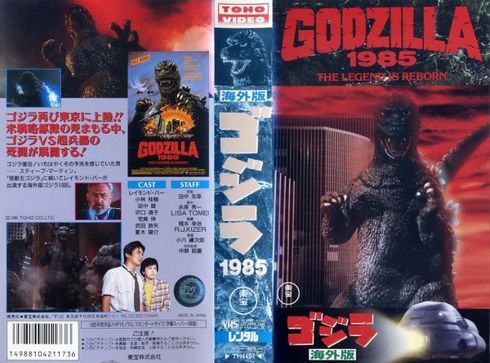 This reply was created from a merged topic originally titled 14 days after title change submission.

You left out this agofHe is most likely correct.The AKA's page if you will notice has the original Title (The Return of Godzilla) and at the bottom an AKA in Japan as Gojira.Why would the country of origination use an English title for a movie intended for it's home market.The Main title needs to be Gojira and the AKA needs to be removed.

The title correction you submitted has now been approved and the changes should be live on the site shortly.  Cheers!
(Edited)